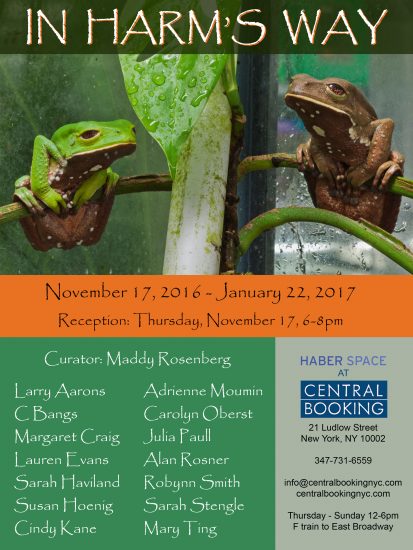 Part One of a Two-Part Exploration of Endangered Species

The life span of any species may be unpredictable, but the human contribution to hastening the process of extinction in many in the animal kingdom is undeniable. We bear the responsibility of illegal hunting and trapping, climate change, displacement through population growth and arguably more than anything else, the power of politicians who are all too willing to treat the environment, the earth, as expendable. With their work, these artists both honor and contribute to an ongoing commentary upon the past losses, and preventable impending ones, of our fellow creatures.

In the paintings of Susan Hoenig, emblematic images of endangered animals become entwined with their environments, as Margaret Craig replaces the dying coral reef with a resin version. Julia Paull zeroes in on scenes of the waning tropical forest with the elegiac dance of tadpoles and a frog’s attempt at survival. Robynn Smith prints a timeline for us punctuated with the birth and death cycle of a Tasmanian local, while C Bangs draws rings around the universe in her own tale of the leopard’s woe.

Sarah Stengle targets the glorification of big game hunting in the death of an elephant, while in Mary Ting‘s collage the Goddess of Mercy stands helplessly over one slaughtered in front of her. The sculptural juxtaposition of found objects by Larry Aarons is a sporting trophy that resonates with the horror of the win. Lauren Evans reflects on the powerful rhinoceros and the extinction precipice it is inching towards.

Cindy Kane mourns the deceased with a mausoleum of deathbeds, topped with plumped up pillow portraits of each in their individual demise. Carolyn Oberst exquisitely paints the birds in all their vibrancy, adding poignancy to their loss. The photo collage of Adrienne Moumin dissects and multiplies the birds of a changing ecosystem; it seems Alan Rosner‘s parrot has its own brush with death as Sarah Haviland‘s songbird guards and honors the hope of its species’ continuance.

Through aesthetic engagements that make the journey from despair to wit -and back again, these artists offer up a warning we need to heed. 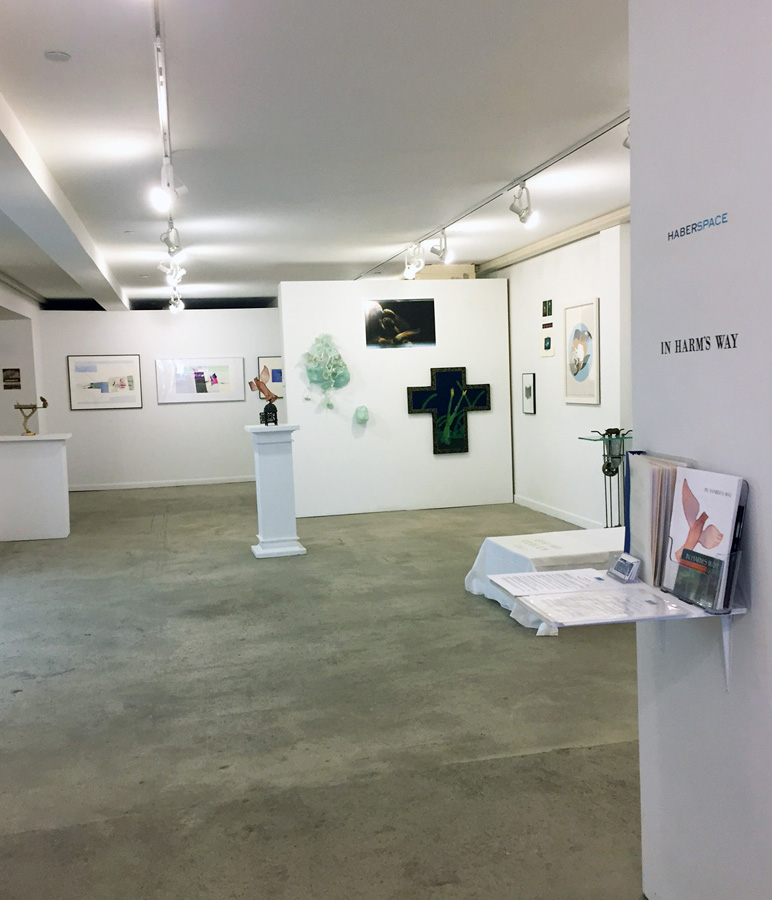 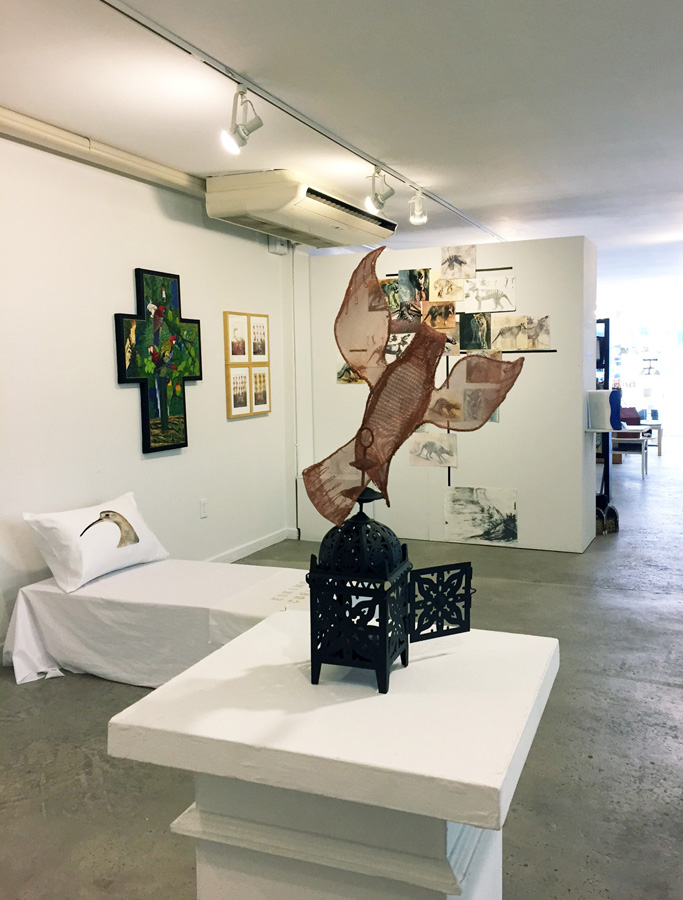 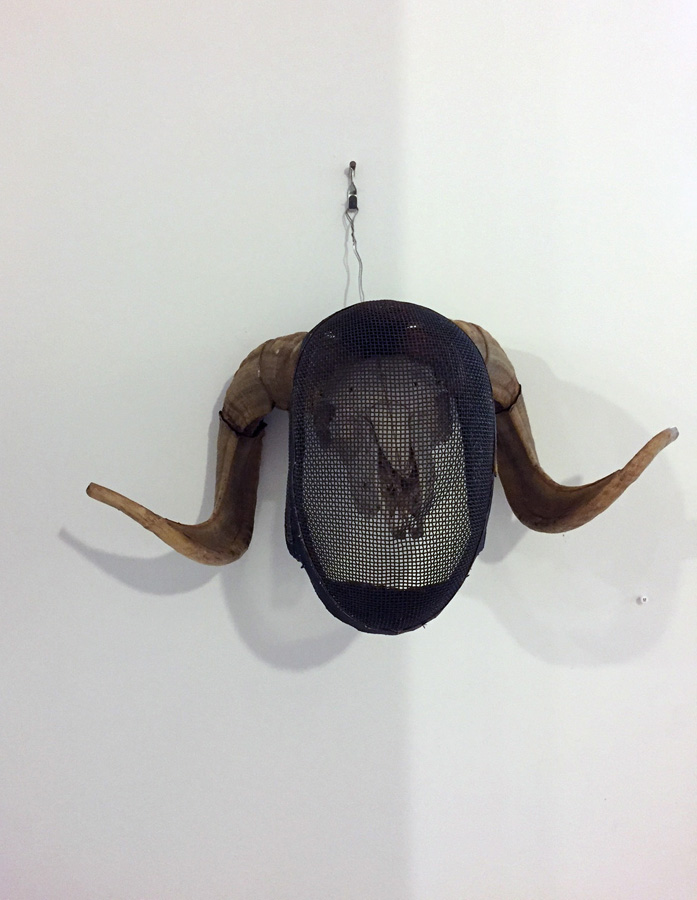 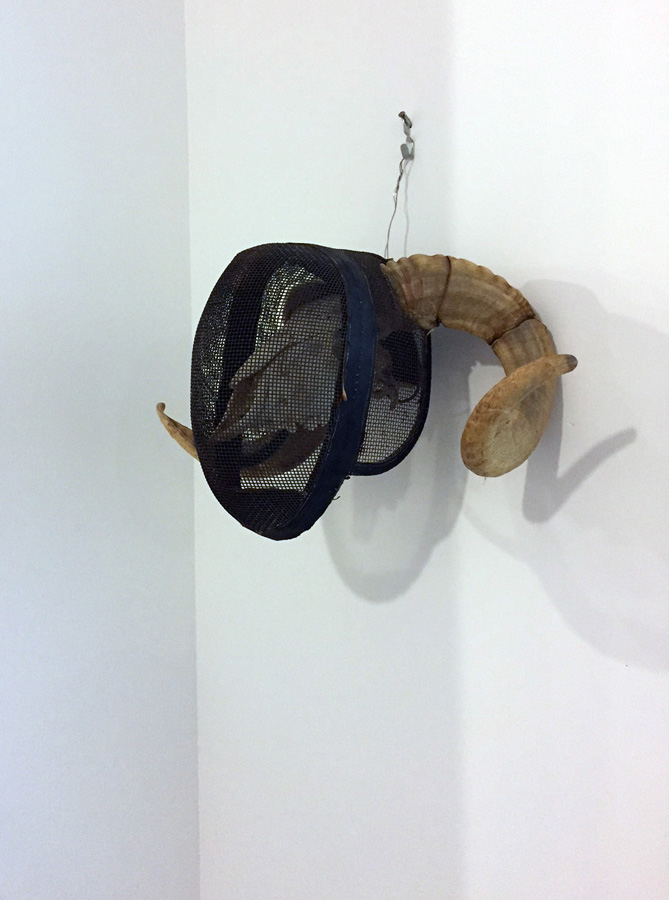 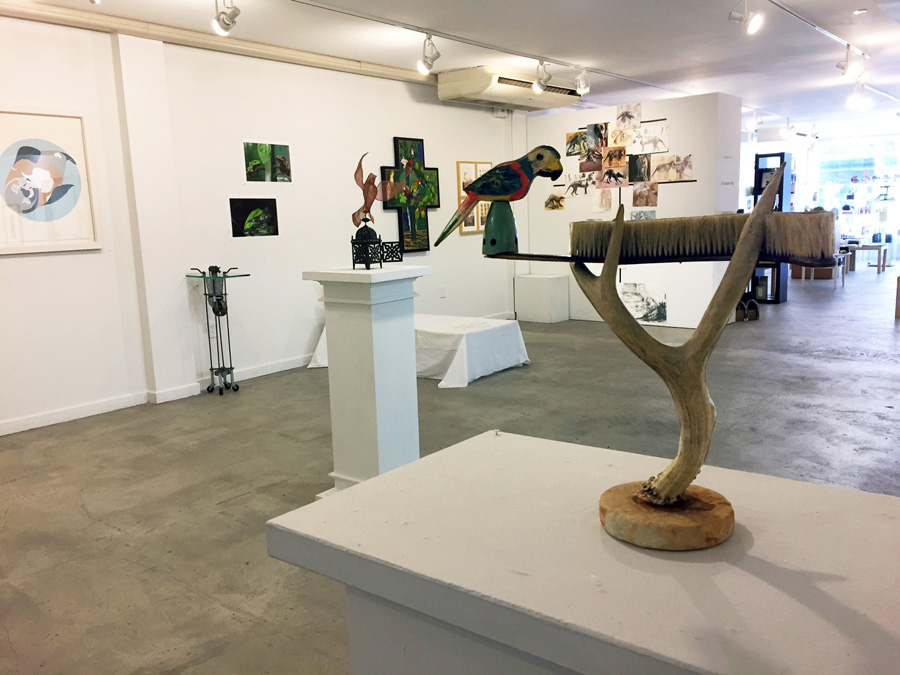 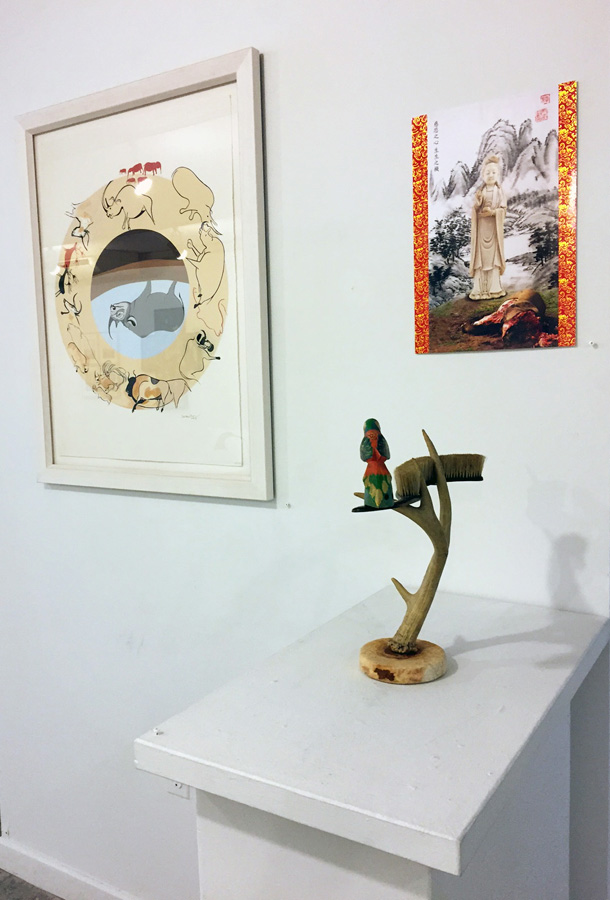 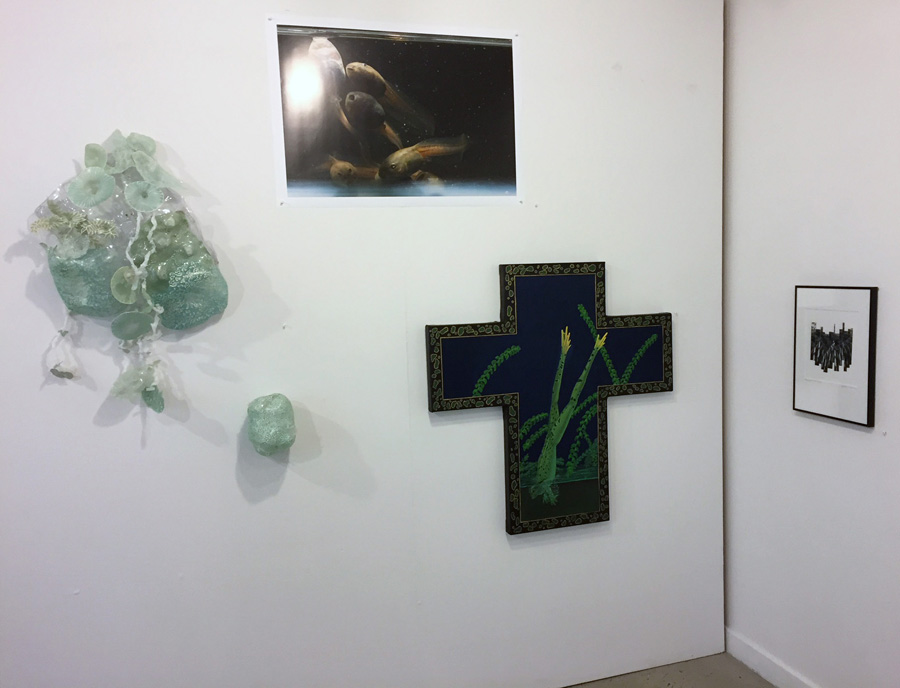 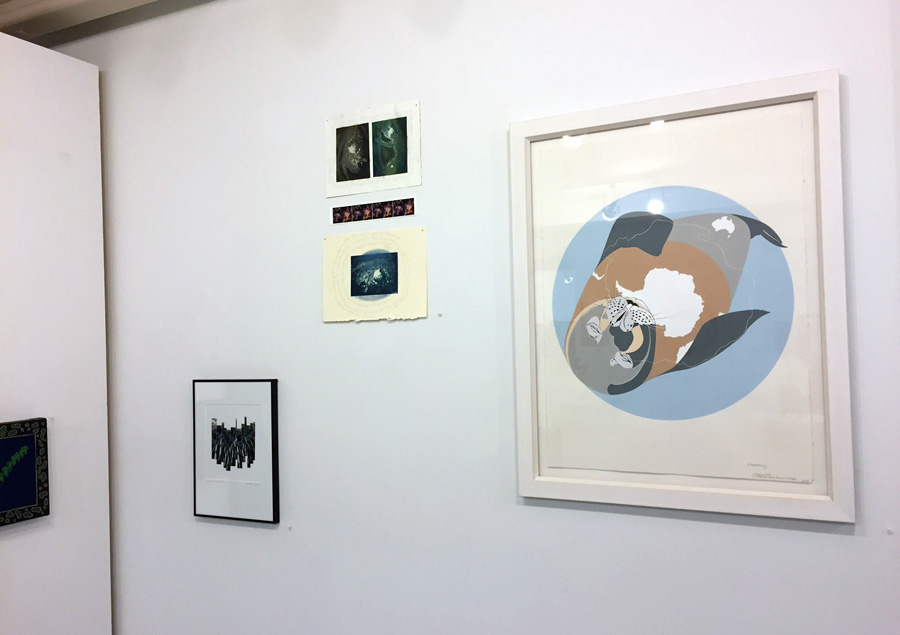 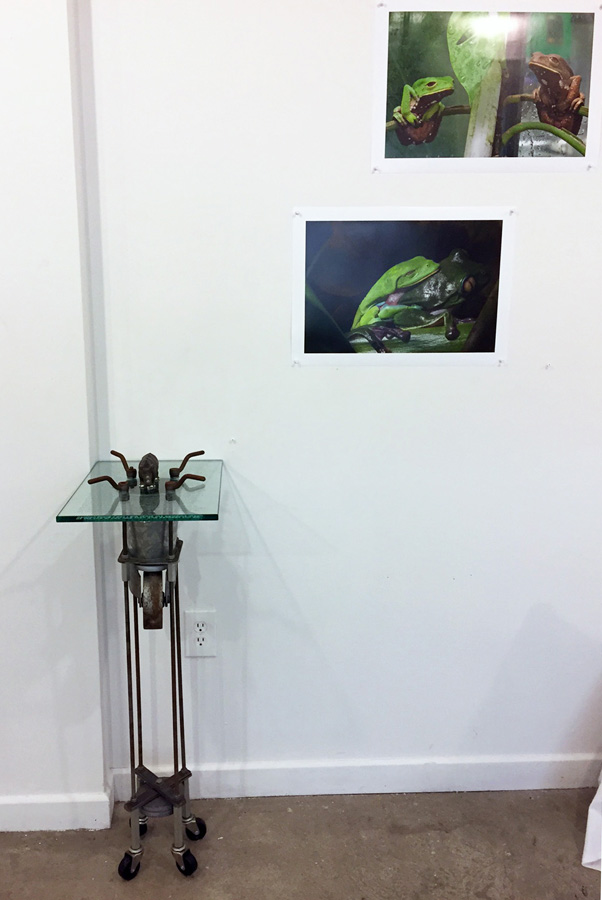 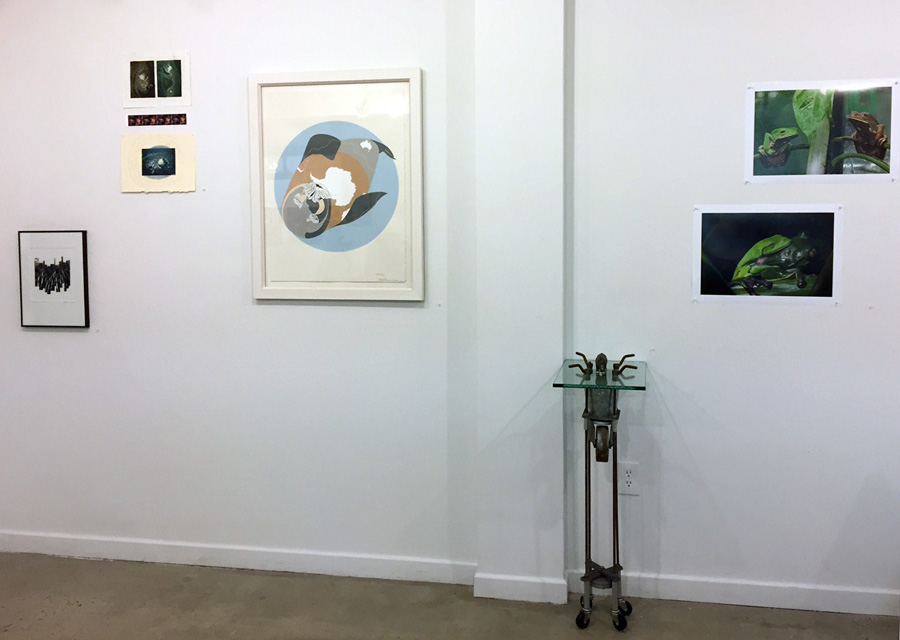 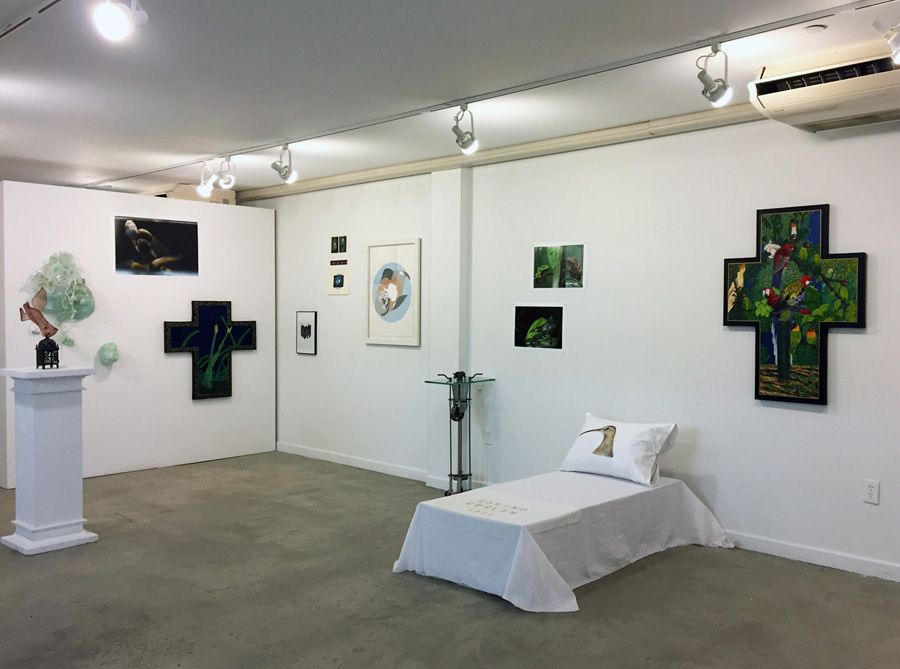 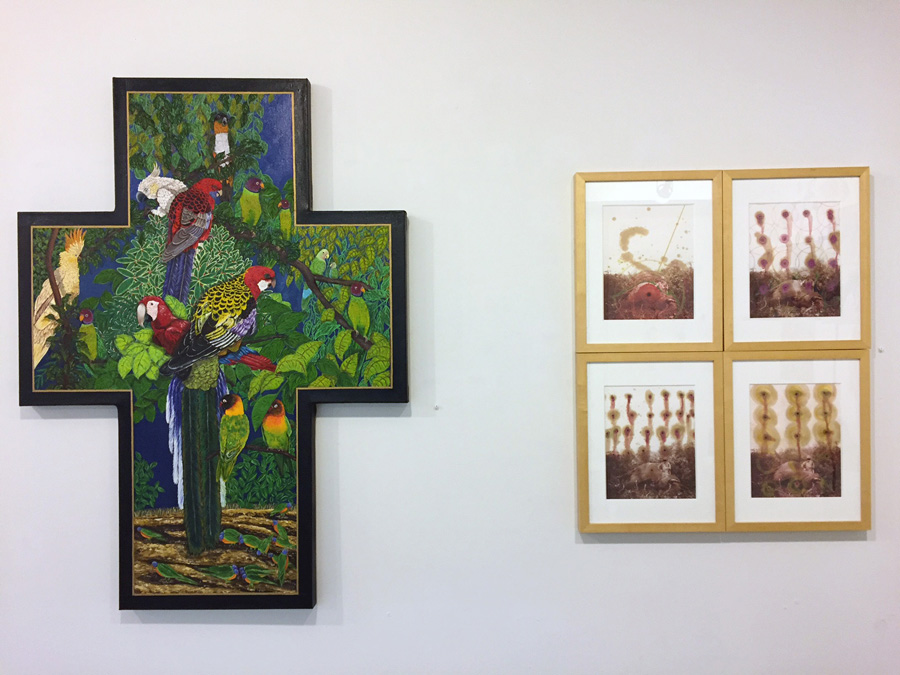 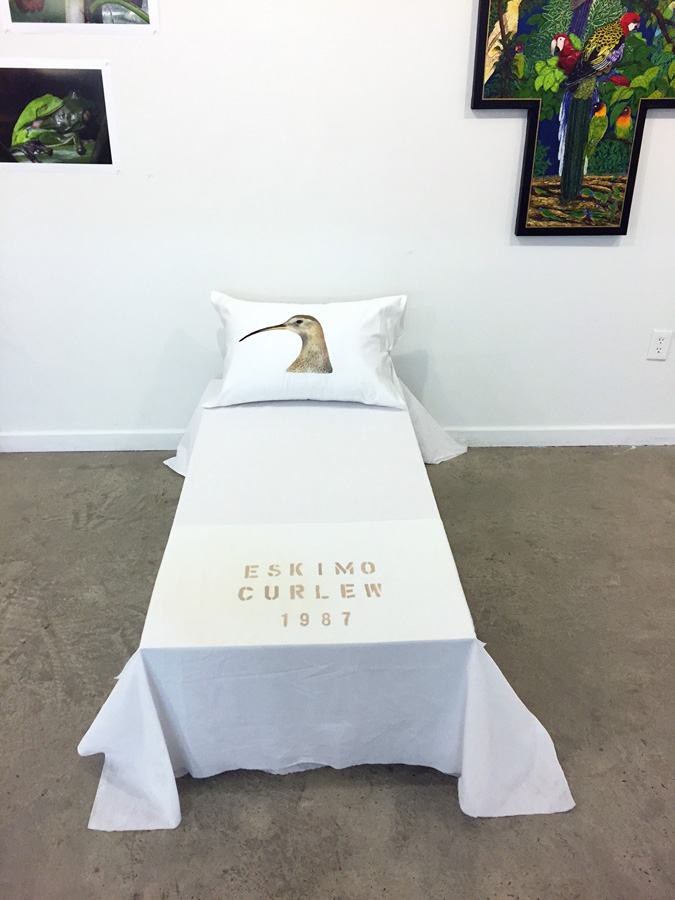 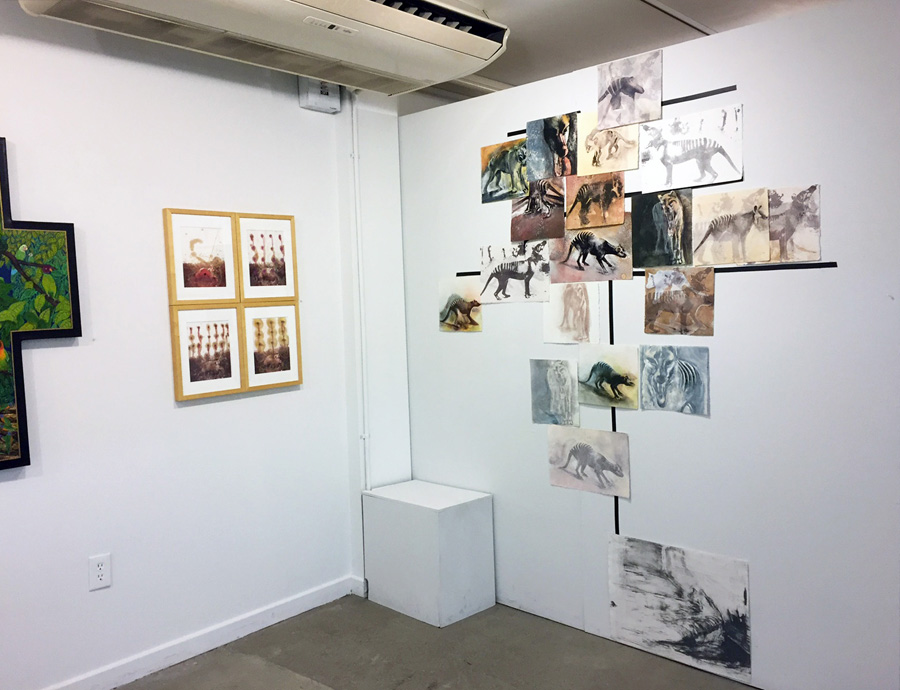 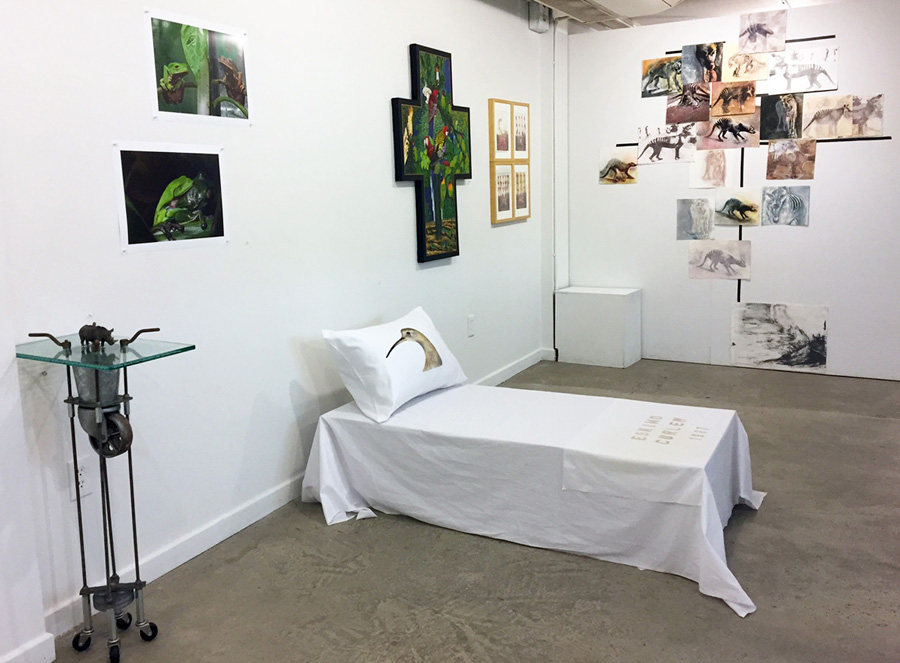 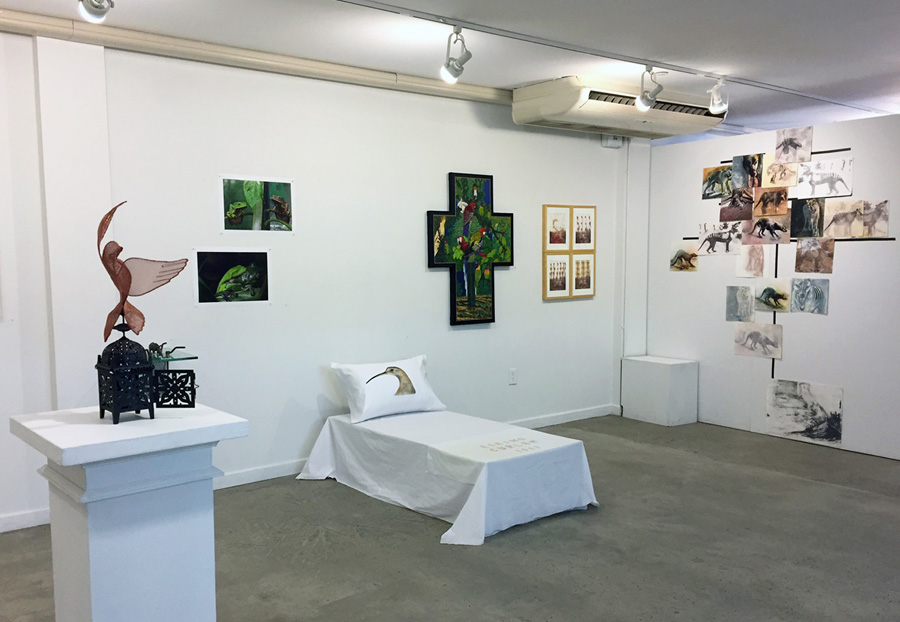 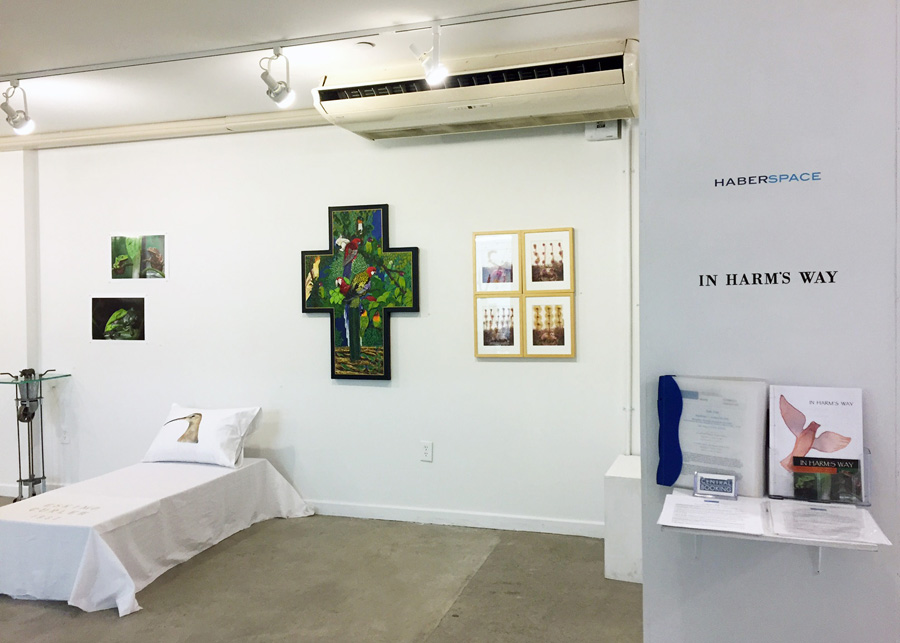 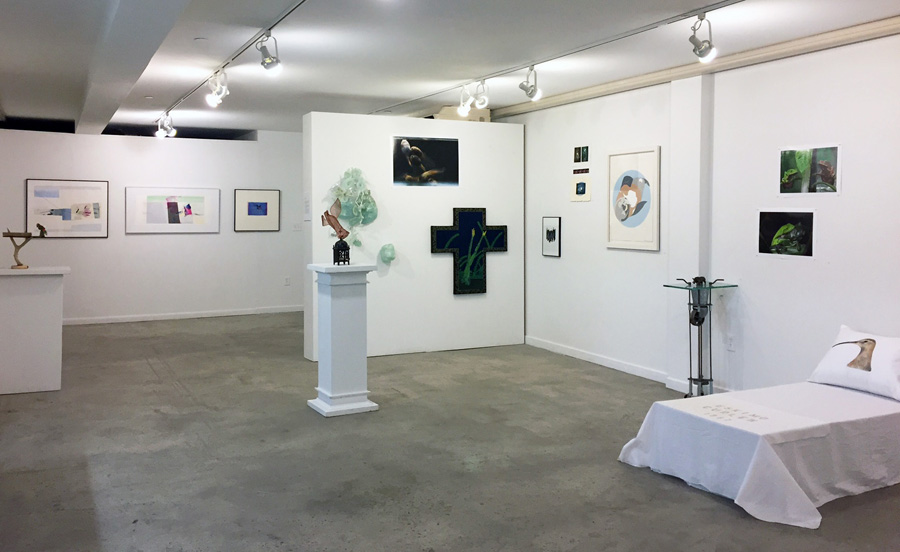 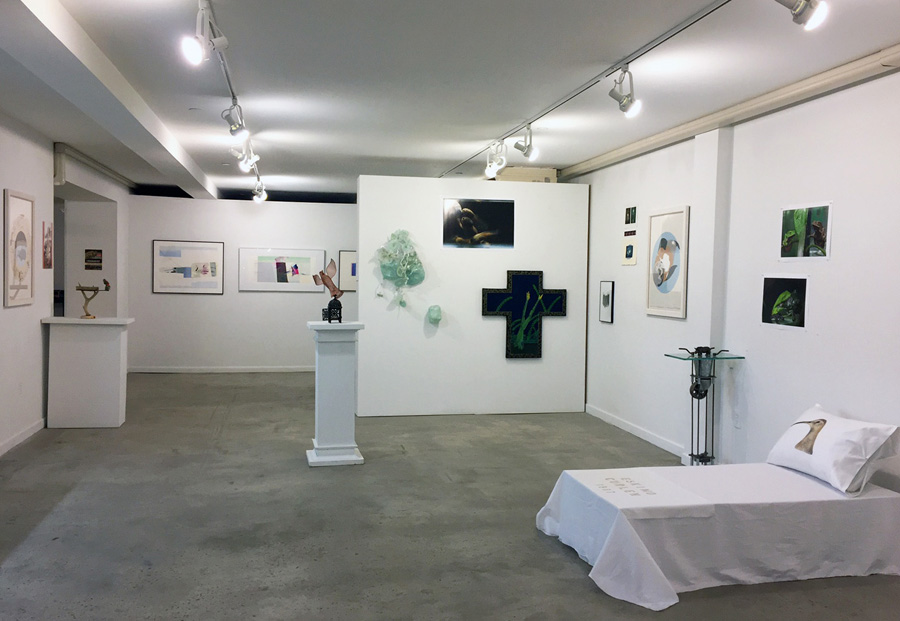