Scenes of the Crime 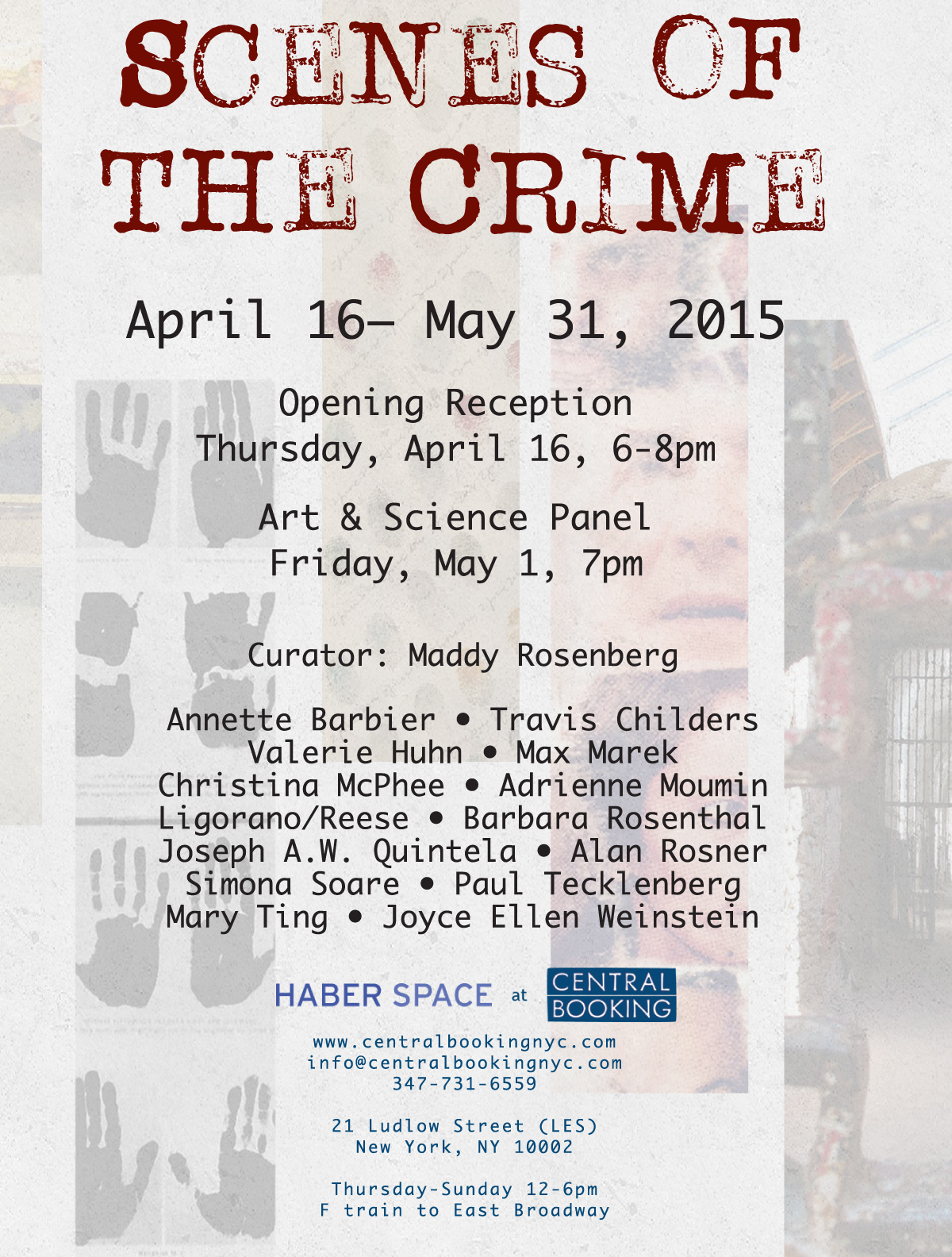 SCENES OF THE CRIME

The scene of the crime is set; the crime is analyzed. The crime exists through evidence, sifted through, establishing the facts of its existence the scientific way. But what lies beneath the surface of proof? It is all in the interpretation, the science of crime solving may be more reliant on the art of interpretation than it admits. It is truly a place where art and science more than overlap, it is mutual support.

These artists approach the crime through the eyes of the collectors of evidence as well as becoming the interpreters. Simona Soare deals with the heart of the manner, the life of a professional who examines the evidence. Max Marek wields his scalpel through the flesh of the paper to expose the body, as Joyce Ellen Weinstein wraps it, concealing it in a second skin. Paul Tecklenberg weighs the remains after death and finds object equivalency.

Alan Rosner assembles an iconic sculpture -with an embedded bullet, as Joseph A.W. Quintela also gathers evidence of the crime buried within, yet not to be touched. Christina McPhee poses the questions of the angle of perception, as the evidence flips back and forth. Palm prints by Barbara Rosenthal create a pattern both playful and haunting, while Annette Barbier leaves her own prints behind to build the case. Valerie Huhn builds a cabinet of curious fingerprints, variations on a theme of identity – her own, as well. The sense of identity for Mary Ting is as the other among a family of others within cultures where they will always be foreign.

The faces of criminals pattern the collage of Travis Childers and Ligorano/Reese deliver mug shots of the Bush administration as war criminals. Adrienne Moumin‘s haunting photographs of the model prison are based on the science of incarceration and a misguided idea of reform.

The crime, the body of evidence, the criminal and prison – all of a piece as these artists contribute to the multiple scenes of possibilities. 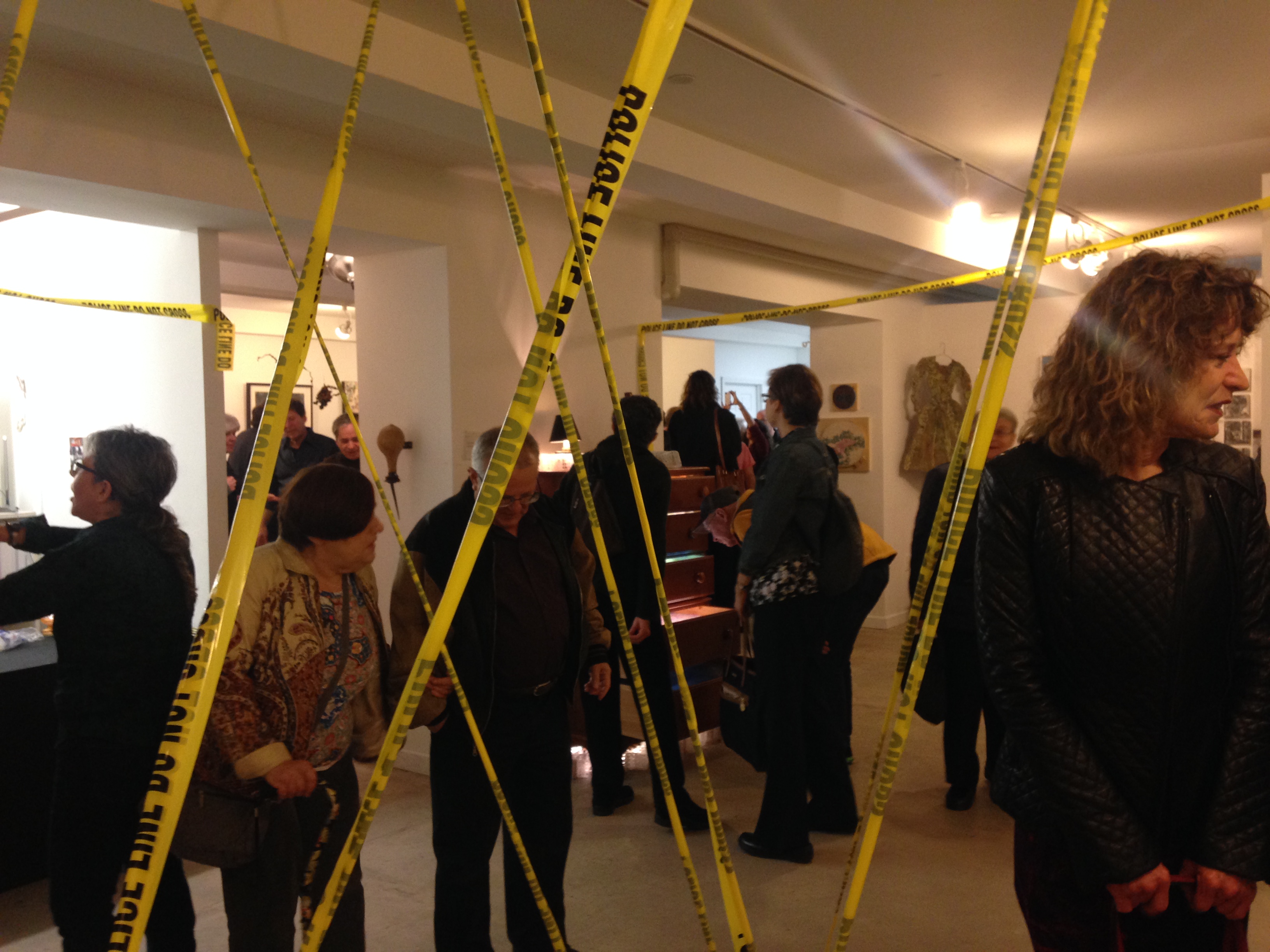 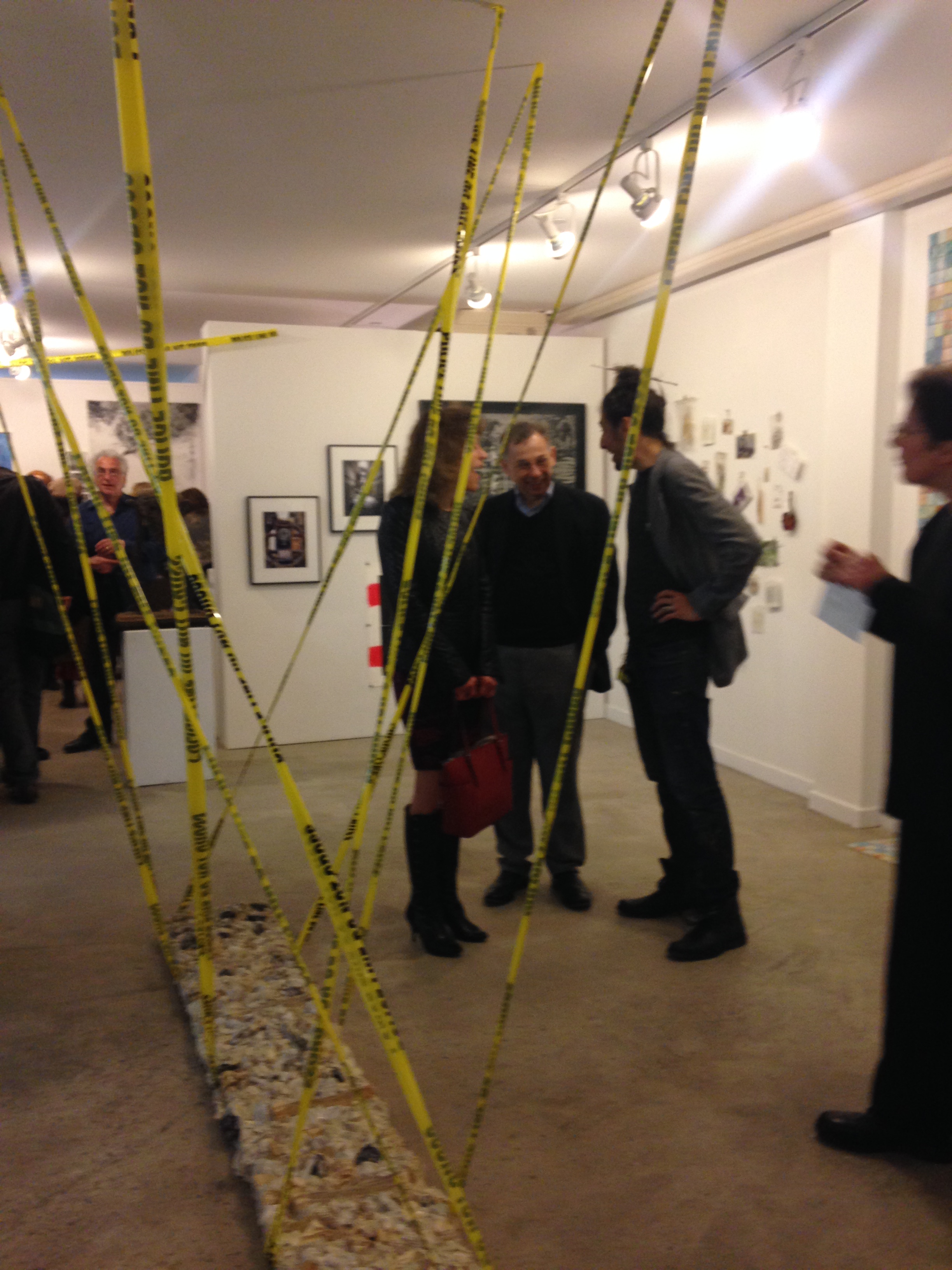 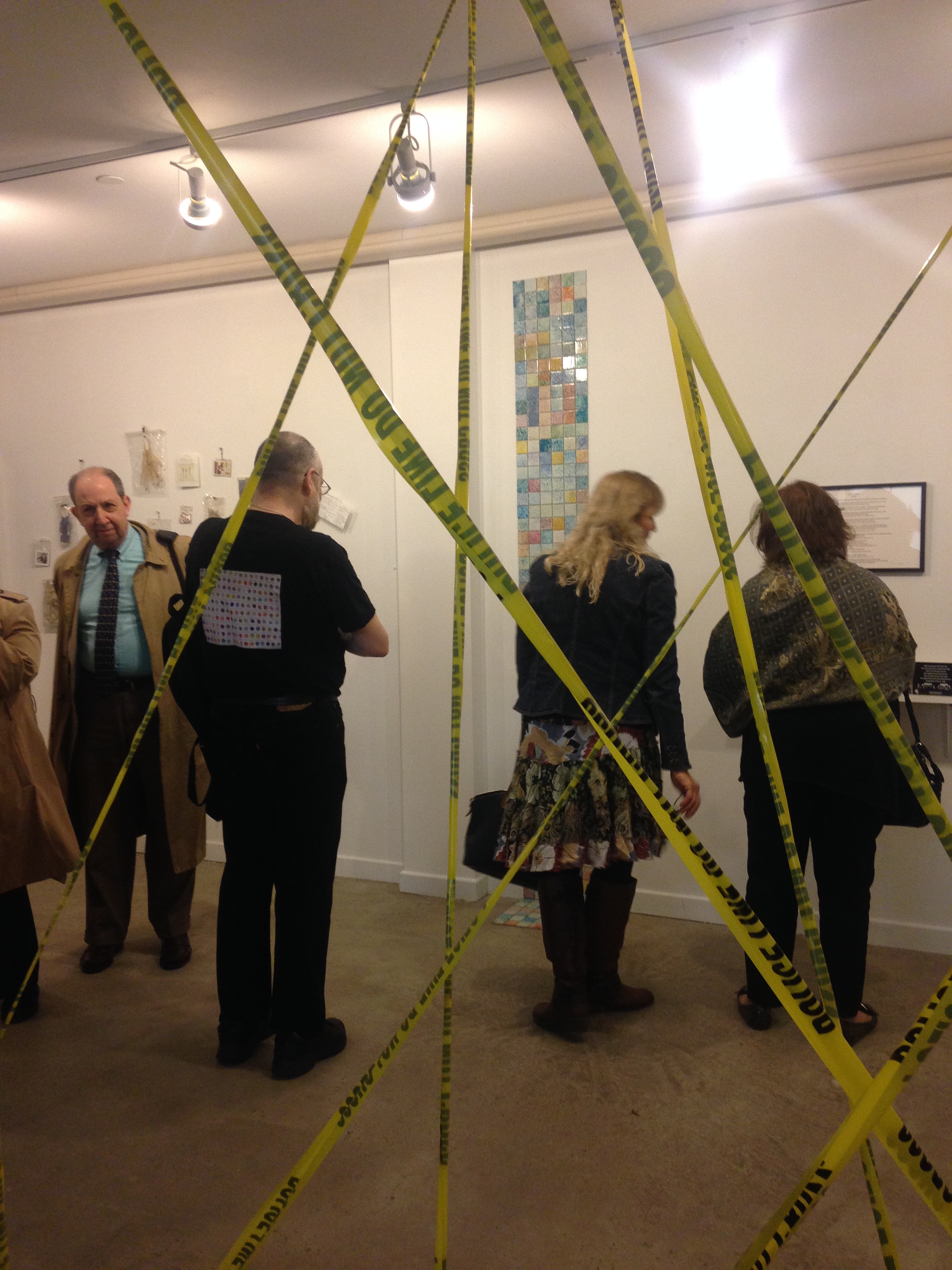 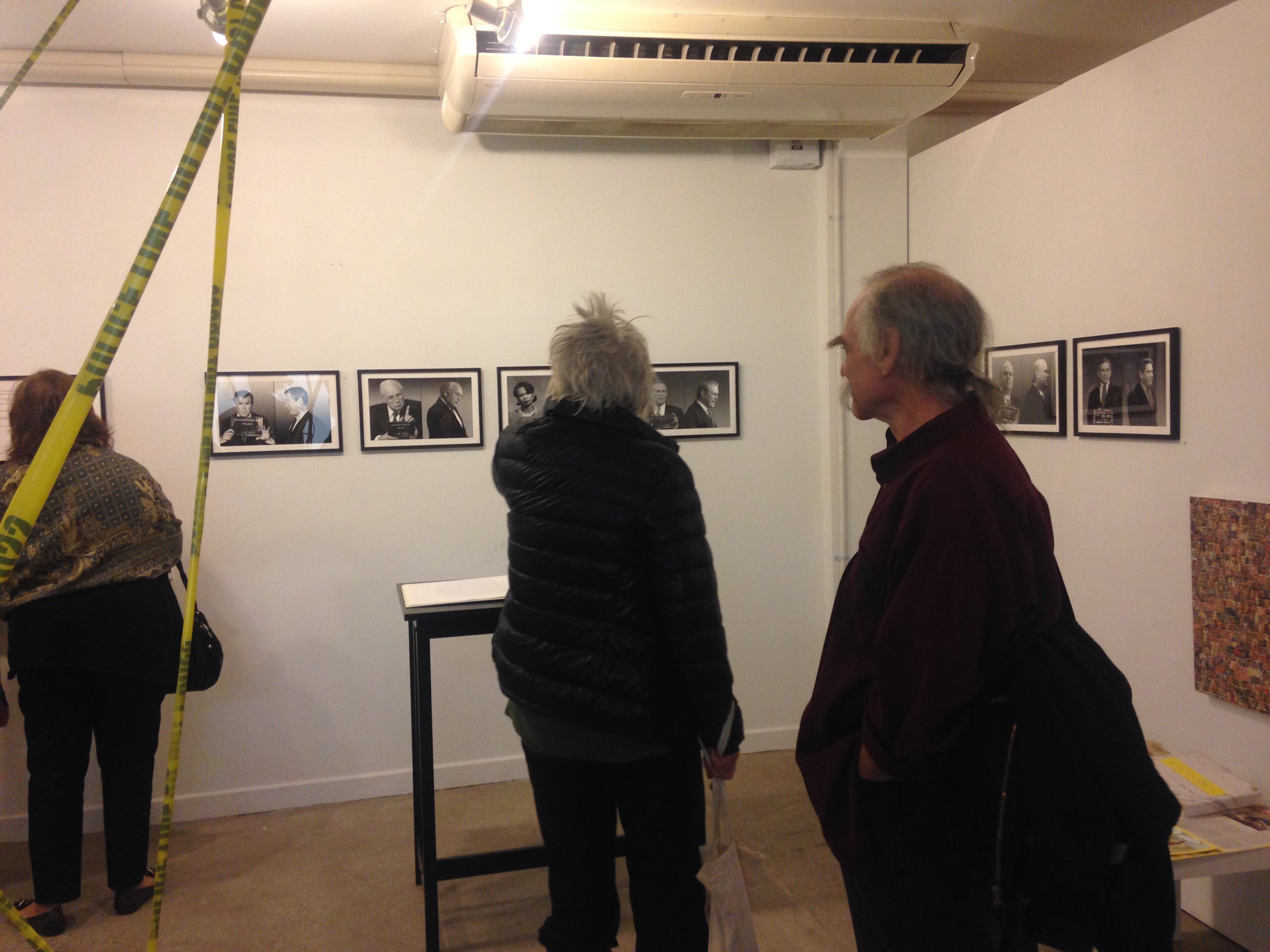 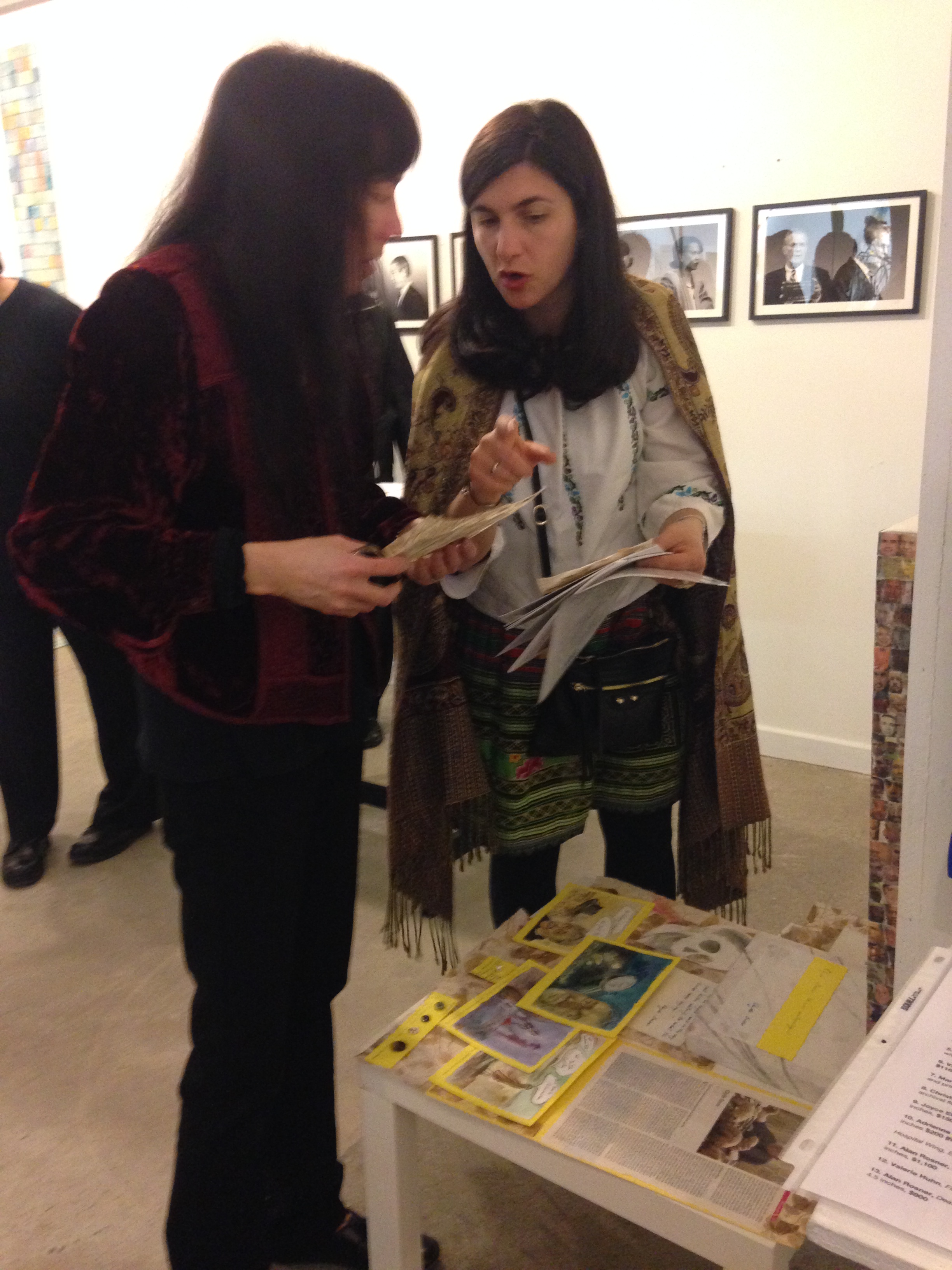 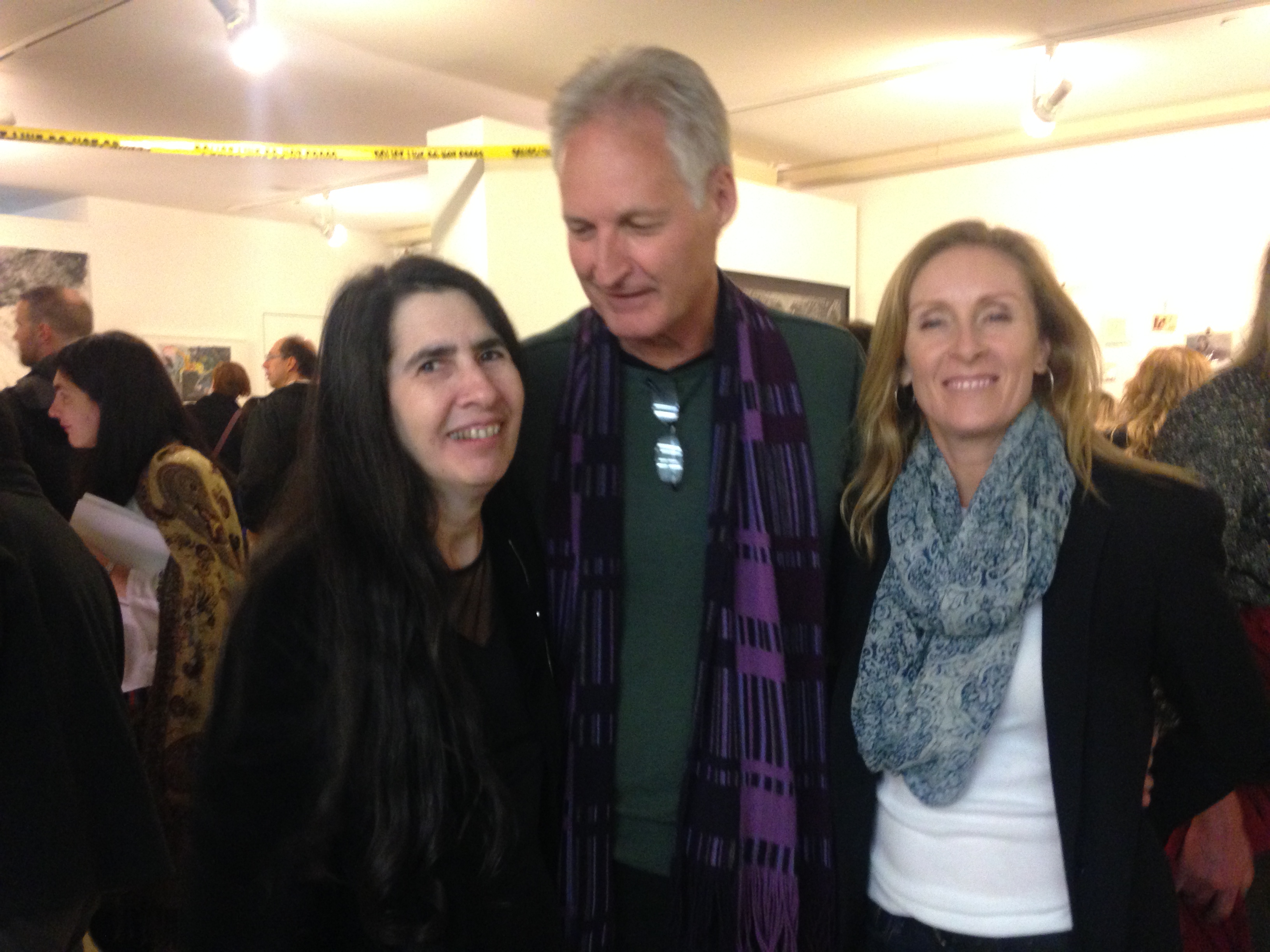