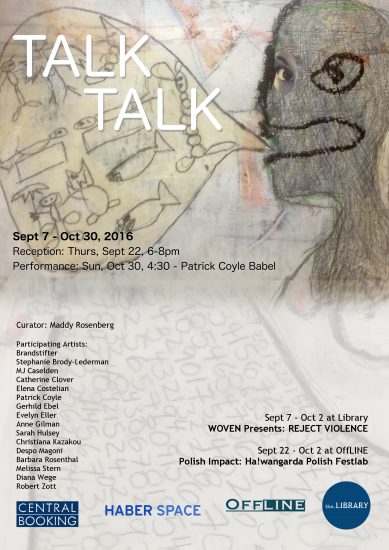 In a world of sounds, one of the first ones that travels through our consciousness is our own. We can experience the process, the vibrations, the positioning of the mouth to elicit highs and lows that project our desires, pain, joy. The words are not enough, the whole body gestures, all are participants to create meaning in the delivery. What is emitted in the end is the power of communication.

Anne Gilman explores the effected speech patterns of aphasia in the boldness of color and texture. With a background in linguistics, Sarah Hulsey charts language through the architectural structuring of scientific diagrams. Evelyn Eller collages layers of illustrations as she signs her way through the alphabet.

The simplified heads of Melissa Stern turns our speech from the image of pictograms forward to the symbolism of numbers in the digital age, while those of Despo Magoni are more anatomically defined and muted in the process. Stephanie Brody-Lederman‘s painting speaks to us in her own language. Brandstifter in his fluxus mode, delivers poetic sounds from a box as MJ Caselden beckons us to interact with technology to activate and converse with his sculpture. Catherine Clover shoots the breeze in your ear as Robert Zott speaks to us through the “music” of two planes rotating in a black box flight recorder. Gerhild Ebel uses an electro acoustic process to turn sound into image, a unique take on recording a diary of daily life. The spoken performance of Patrick Coyle is focused on speech, the various sounds, merely babble to some, that we produce. Barbara Rosenthal plays with the sounds of accents and a child’s ramblings, with communication as the intention.

The ability of speech integrated into our anatomy is used to speak -and speak out. Elena Costelian reacts against the attacks in France with the power of speech, as Diana Wege finds empowerment in her own postered speech against violence. Christiana Kazakou literally speaks to us of the politics of resistance in its most spatial form.

We are a species born with the capacity of complex speech patterns, of vocal communication. How we employ it is ultimately up to us. 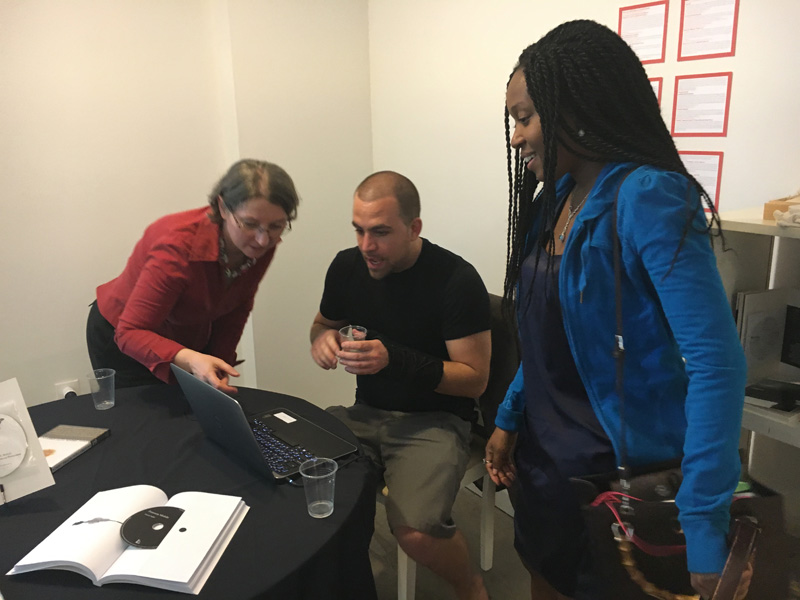 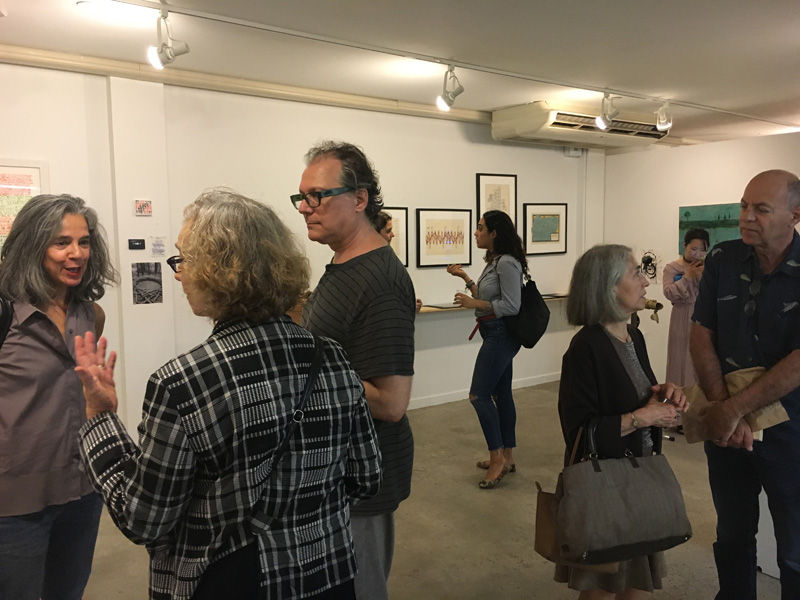