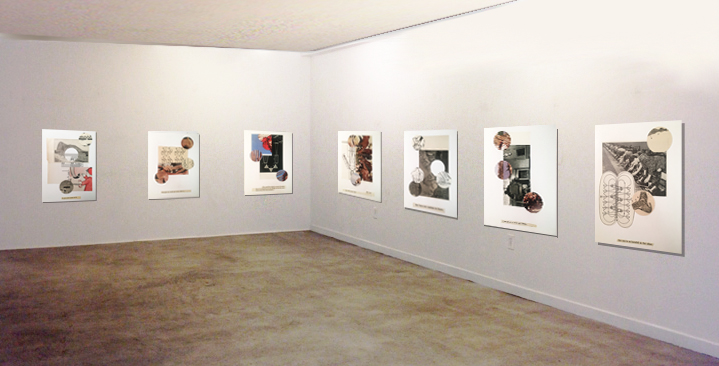 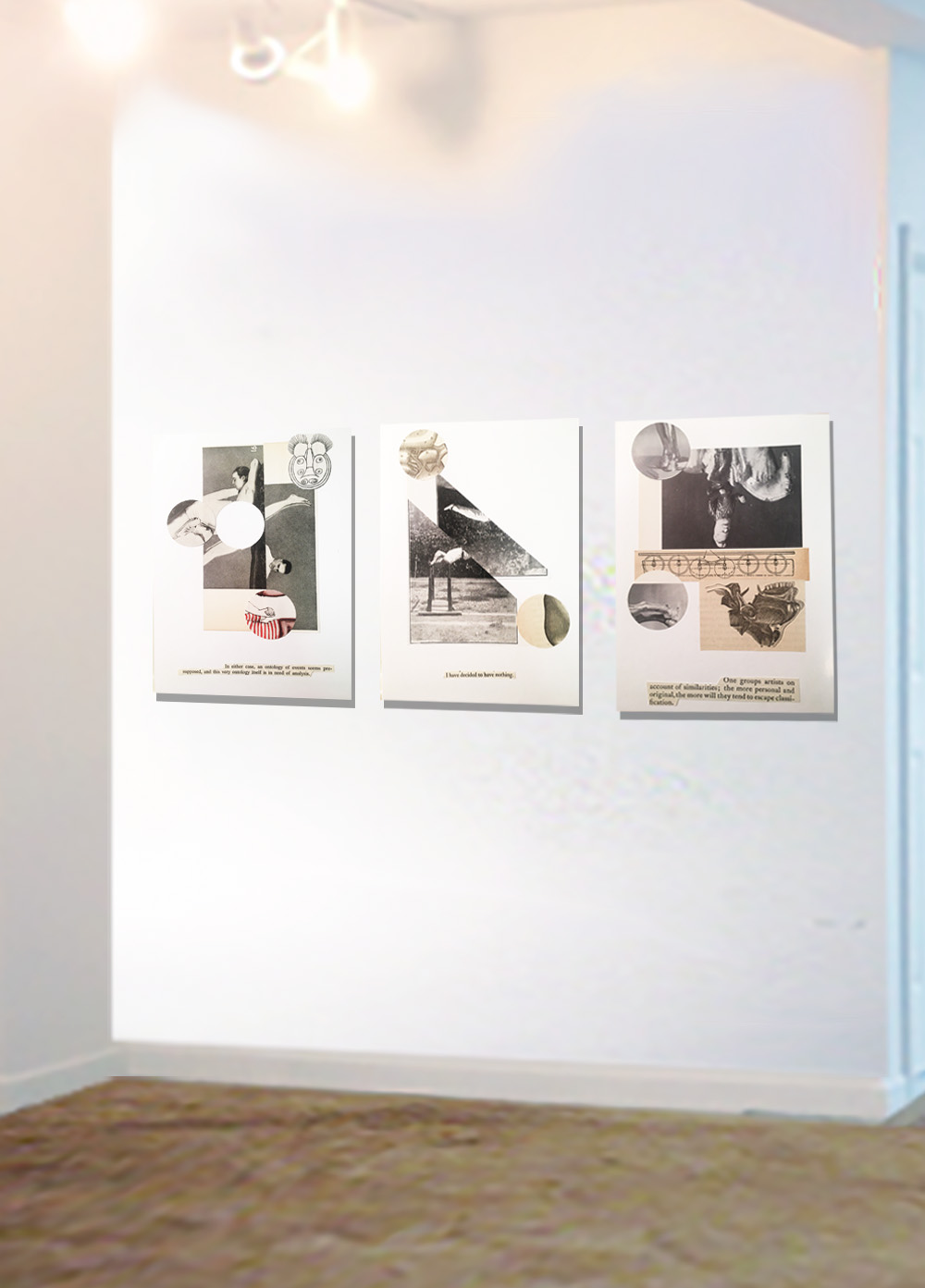 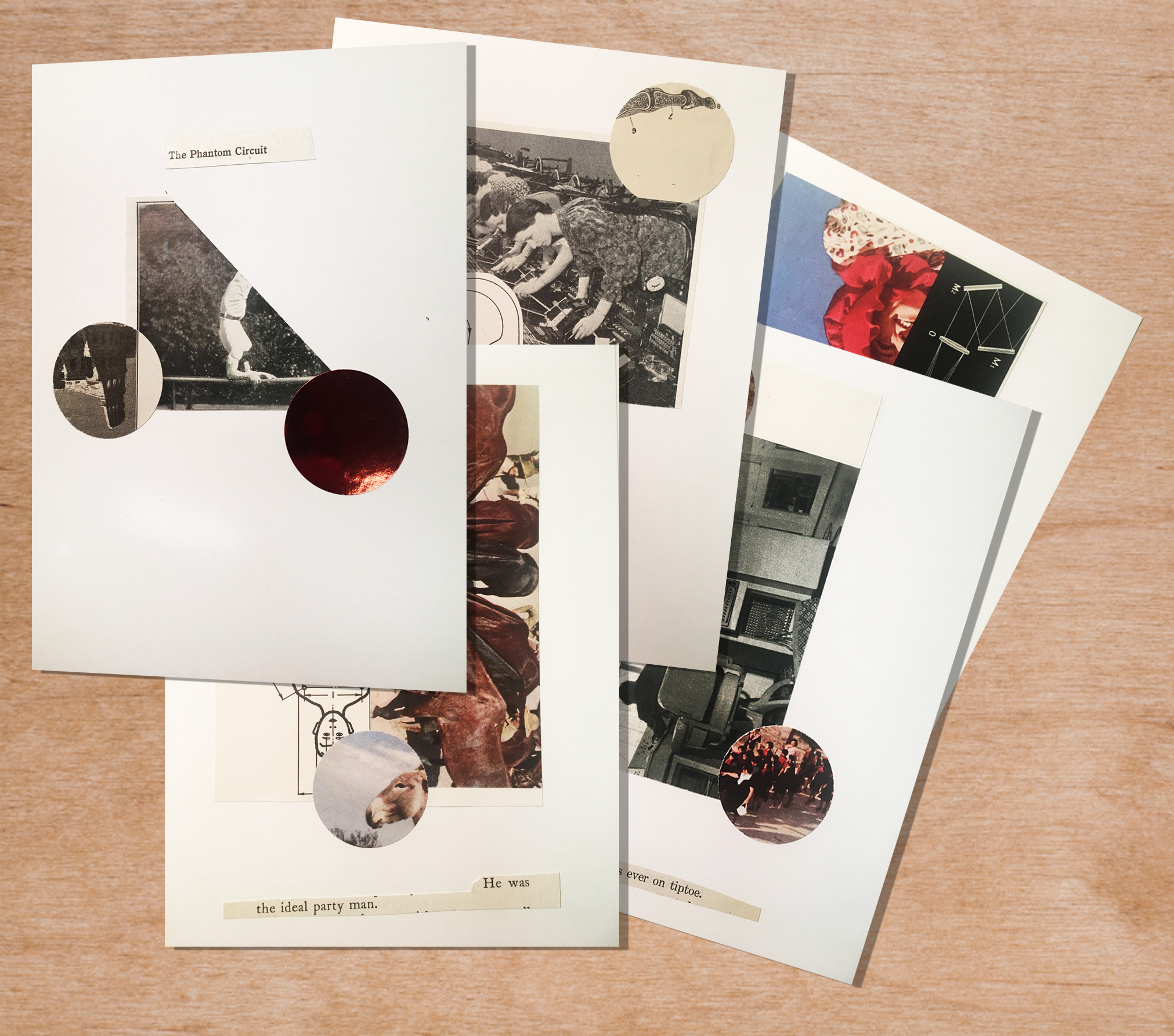 Helguera works with found image and text from used books to create collage narratives. With 10 phrases taken from various sources, the artist wrote three short stories incorporating these phrases verbatim. This is a project of variations on a theme using both images and
texts.
https://centralbookingnyc.com/artists/pablo-helguera/

Pablo Helguera (Mexico City, 1971) is a New York based artist working with installation, sculpture, photography, drawing, socially engaged art and performance. Helguera's work focuses in a variety of topics ranging from history, pedagogy, sociolinguistics, ethnography, memory and the absurd, in formats that are widely varied including the lecture, museum display strategies, musical performances and written fiction.

His work as an educator has usually intersected his interest as an artist, making his work often reflects on issues of interpretation, dialogue, and the role of contemporary culture in a global reality. This intersection is best exemplified in his project, “The School of Panamerican Unrest”, a nomadic think-tank that physically crossed the continent by car from Anchorage, Alaska to Tierra del Fuego, making 40 stops in between. Covering almost 20,000 miles, it is considered one of the most extensive public art projects on record as well as a pioneering work for the new generation of artworks regarded under the area of socially engaged art.

Pablo Helguera performed individually at the Museum of Modern Art /Gramercy Theater, in 2003, where he showed his work “Parallel Lives”. His musical composition, “Endingness” has been performed by the Detroit Symphony Orchestra. Helguera has exhibited or performed at venues such as the Museo de Arte Reina Sofia, Madrid; ICA Boston; RCA London; 8th Havana Biennal, PERFORMA 05, Havana; Shedhalle, Zurich; MoMA P.S.1, New York; Brooklyn Museum; IFA Galerie, Bonn; Tokyo Metropolitan Art Museum, Tokyo; MALBA museum in Buenos Aires, Ex-Teresa Espacio Alternativo in Mexico City, The Bronx Museum, Artist Space, and Sculpture Center, amongst many others. His work has been reviewed in Art in America, Artforum, The New York Times, ArtNews, amongst others. In 2008 he was awarded the John Simon Guggenheim Fellowship and also was the recipient of a 2005 Creative Capital Grant. In 2011 he was named winner of the International Award of Participatory Art of the Region Emilia-Romagna in Italy. He has also received the Franklin Furnace and Art Matters grants.

Helguera has worked since 1991 in a variety of contemporary art museums, most recently as head of public programs at the Education department of the Guggenheim Museum in New York (1998-2005). Since 2007, he is Director of Adult and Academic programs at the Museum of Modern Art, New York. He has organized close to 1000 public events in conjunction with nearly 100 exhibitions. In 2010 he was appointed pedagogical curator of the 8th Mercosul Biennial in Porto Alegre, Brazil, which took place in September, 2011. He is currently Senior Resident of Location One in New York. He presented a solo exhibition at Palacio de Bellas Artes in Mexico City in 2012.