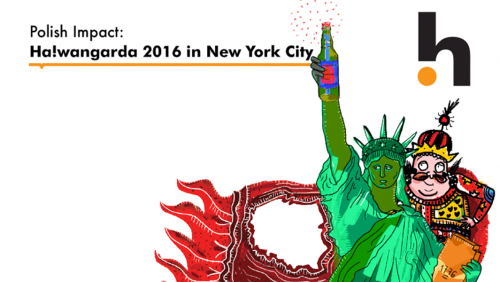 Opening and Launch of Festlab

Admission fees support the programs of CENTRAL BOOKING
To purchase tickets, please use Paypal buttons above or contact us at offline@centralbookingnyc.com

Sunday, September 25th
3pm: Presentations
Zenon Fajfer, Clock of Timelessness / Zegar BezczasowoÅ›ci
Launch of Zenon Fajfer’s kinetic poem, intended to be the key part of his site-specific project. In the past great cities boasted city clocks whose chiming paced the life of their inhabitants. Today’s clocks are disciplining tools, urging us to hurry up. Fajfer’s poetic idea is to inspire people to slow down and experience a moment of contemplation. In order to do so he wants to build city clock towers in New York and Krakow whose faces will feature the 12 letters of the word “TIMELESSNESS” and three other versions, instead of digits, with every hour displaying a poem instead of sounding a chime. The clocks will dialogue with each other, thus forming a symbolic bridge across the Atlantic.
Post-poetry, cyberhoboness, speech synthesis workout
In an audiovisual performance, one of the leading digital poets in Poland, experiments with combining language, code, jpgs found via Google Graphics, movement, and sound. He explores the artistic and aesthetic consequences of Internet overdose, when people are living glued to a computer and lack offline activity. His digital performance generates reflections on life supported by telework, harnesses speech synthesizer samples with beatboxing, turning the twilight of the avant-garde into a rather weird party. See more of his work at http://pdgr.tumblr.com and http://szafranchinche.ovh.org

3 pm: Workshop with Katarzyna Bazarnik
Liberatic Collage or try writing in someone else’s words
Collage is a well-known technique of combining different materials in a piece of intermedial art. It originated as innovative poetics of the early 20th century avant-garde. Recently, the Nobel-Prize winning poets Herta MÃ¼ller and WisÅ‚awa Szymborska created amazing collage poems, using words and photos cut out of newspapers and magazines. Workshop participants will be invited to follow in their footsteps to create their own poetic commentaries, remixing and recycling newspapers, magazines, advertising leaflets and the like.

5 pm: Poetry reading
Zenon Fajfer, View from the Deep Tower
The poet reads from his hypertextual poetry volume Powieki (Eyelids) and lyrically explores the past in Widok z (View from the Deep Tower); translation and reading in English by Katarzyna Bazarnik, poem animations programmed by Olga Dwornik, script by Teresa Nowak.