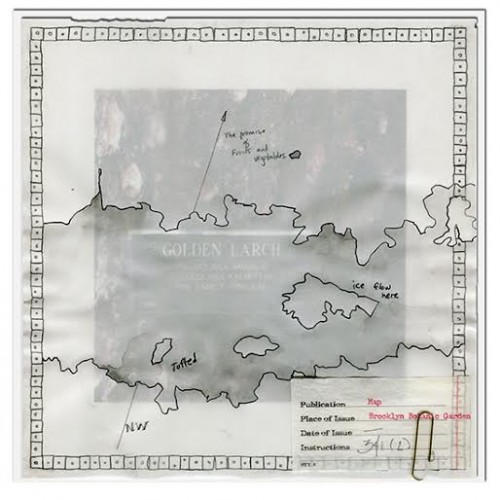 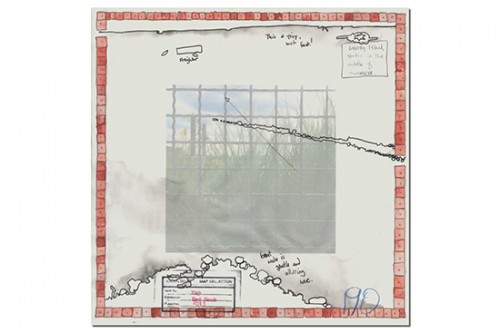 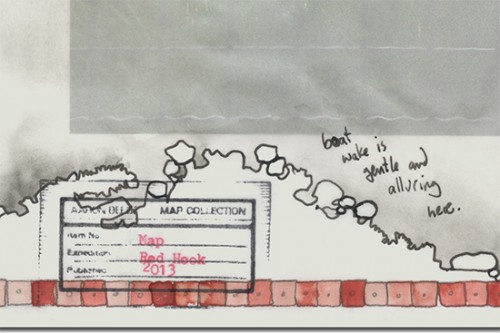 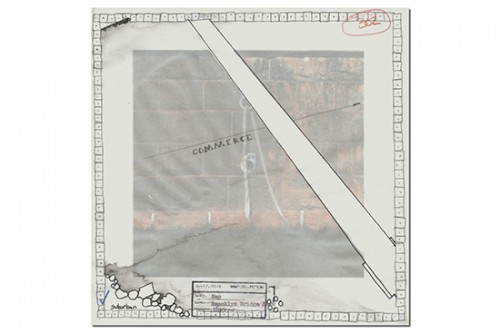 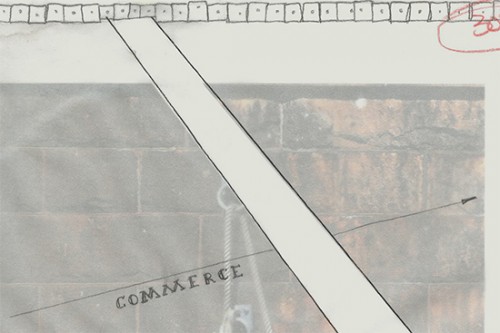 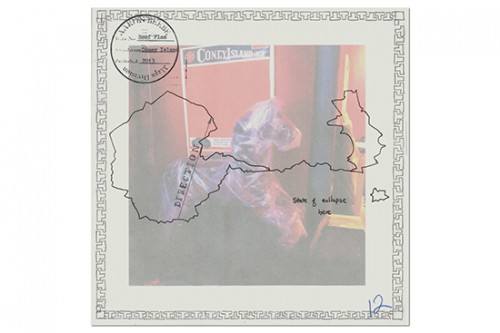 Drawing hand-made maps in an age of digital devices is both an exercise in nostalgic practice and an opportunity to re-imagine the idea of recording oneâ€™s experience of a place. Rather than being a prescriptive document that gives users a birds-eye view of a place they might like to go, these maps are simply a record of subjective experience: like certain kinds of poetry, they define a moment in time and space that will never reappear.

Having spent my entire career immersed in archives and the back rooms of museums and conservation labs, Iâ€™ve found that institutions use a particular language of marks and gestures to create meaning. Labels, numbers, notes, and other forms of metadata change the nature of the objects these institutions care for and allow them to send special, hidden messages to readers who are in the know. This work uses that language to convey a sense of importance in these otherwise personal or subjective observations, while various layers of meaning and different voices of authority give them an ambiguous moral weight.

Aaron Beebe is an artist and museum professional whose work explores the history of spectacle, the means and methods of colonial power, poetry as a way of conveying memories, and the various languages of bureaucracy. Through his works on canvas and paper as well as his installation-based practice, he takes a scholarly approach to the subjects of his art â€“ that is, his scholarly research manifests itself in the form of carefully crafted material objects rather than printed words. With a focus on historic documents and archival materials, much of his work blends the languages of artists and the institutions that house them, and he uses text and image to create works that evoke rather than explain â€“ engaging a method of scholarship that obscures as much as it defines and that celebrates curiosity more than it embraces certainty.

In addition to his studio practice, Beebe has been engaged in creating museums as art for over a decade. He is the former director and designer of the Coney Island Museum – a space that explores the institution as artwork, the history of museums, and the language of spectacle – and he is more recently a co-founder of the Morbid Anatomy Museum, a 21st century dime museum in Brooklynâ€™s Gowanus neighborhood.

Beebeâ€™s artwork reflects his career in archives, restoration studios and museums, from which he draws his use of text, his carefully crafted frames, and the often surprising windows and vitrines embedded into the surfaces of his paintings. Much of his work uses typographic and cartographic elements and framing and binding techniques that play with the conventions and boundaries of the painting, the artistsâ€™ book, and the curatorial label. His drawings and paintings have been shown in galleries in New York, Philadelphia, and Santa Fe, and his installations have been awarded grants from the Andy Warhol Foundation for the Arts and the Dedalus Foundation among others.

He lives and works in Brooklyn, and he travels regularly to Mumbai, India with his wife and partner, an anthropologist of media.