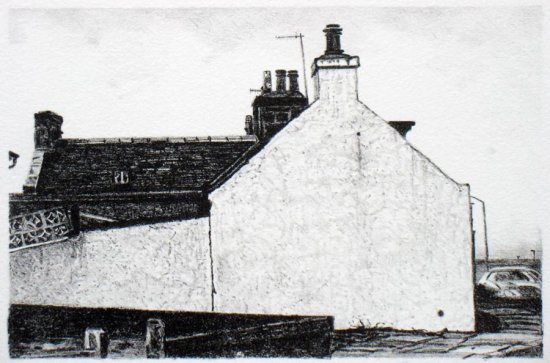 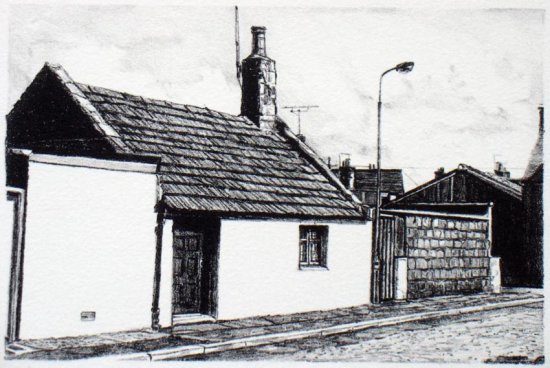 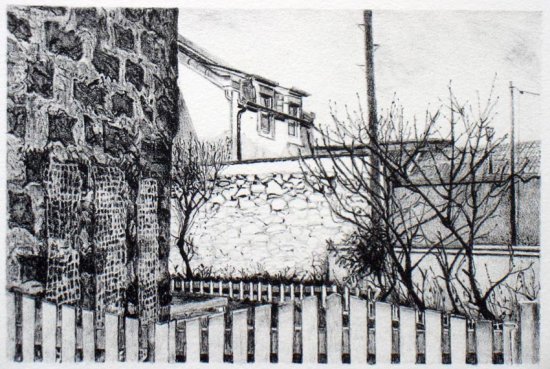 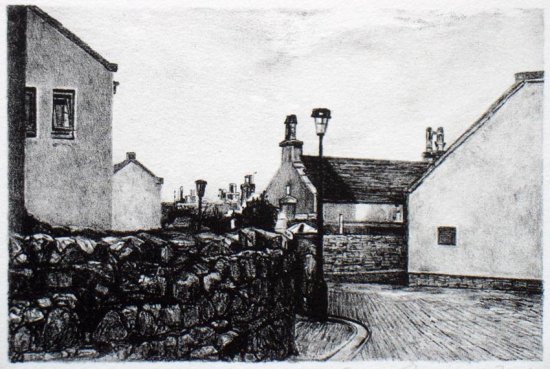 Two-dimensional representational imagery in my work explores the interplay between surface and illusion of space. As a student I was first attracted to printmaking by its relationship to direct hand drawn images and to the unique intensity of ink on paper. Later, I introduced photo-derived imagery into my work, in oils, watercolors and printmaking, the images hand drawn from photographic sources. My first use of photo-derived imagery was a series of autobiographical works from family snapshots, exploring the underlying intention (conscious or not) to document life events and rituals as reinforcement of sanctioned identity-forming processes. This use of image sequencing along with the use of â€œfoundâ€ photographs, led to a study of photographic form per se. A series of large-scale drawings and lithographs, based on my photos from Assisi, explored vernacular structures, the interconnectedness of public spaces, and the borderline between public and private, which I have continued to visually explore in places of personal and emotional association, including a series of images of houses and public spaces in Peterhead, my husbandâ€™s home in Northeast Scotland. The nearby Slains Castle, Bram Stokerâ€™s inspiration for Draculaâ€™s castle, inspired my artistâ€™s book, Letters of 1986, the second in an ongoing series of artistsâ€™ books published by Vincent FitzGerald & Co., pairing visual artists with translations of the Sufi poet Rumi by the Persian scholar, Zahra Partovi. After more than 20 years I have returned to images of Slains Castle in my most recent artistâ€™s book.

Agnes Murray was born in Washington, D.C. From an early age she was inspired by regular visits to the National Gallery of Art to follow a life in art, and graduated with High Honors from the University of Maryland, College Park, with a B.A. in studio art and a minor in art history. After graduating she spent six months traveling in Europe and then moved to the San Francisco Bay Are. She lived in California for six years and in 1980 received her M.F.A. in printmaking from the California College of the Arts, Oakland. After graduate school she lived for two years in Southampton, England where she met her husband, Graham Walker. During her time in Europe she traveled extensively, developing ideas and images for her work in painting, drawing and printmaking and has continued to find inspiration on subsequent trips to her husbandâ€™s native Scotland. She has lived with her husband and three children in New York since returning to the United States twenty-six years ago.