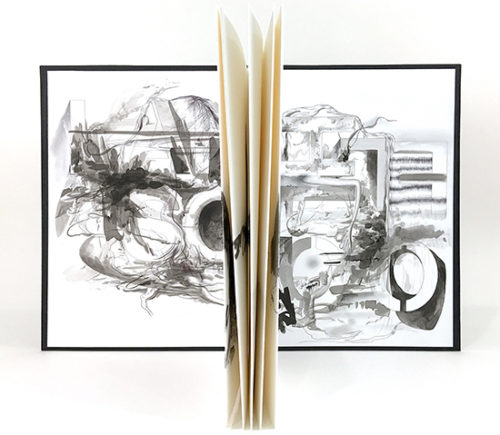 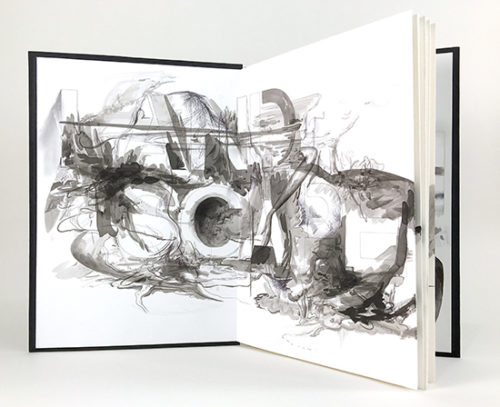 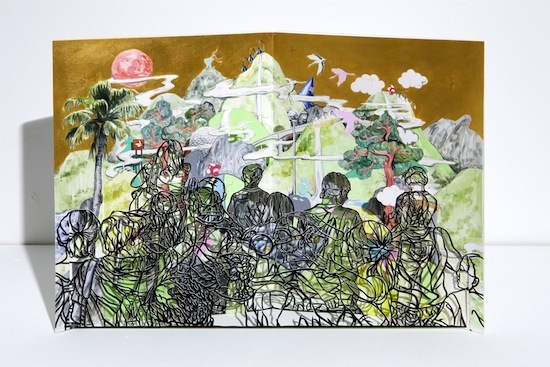 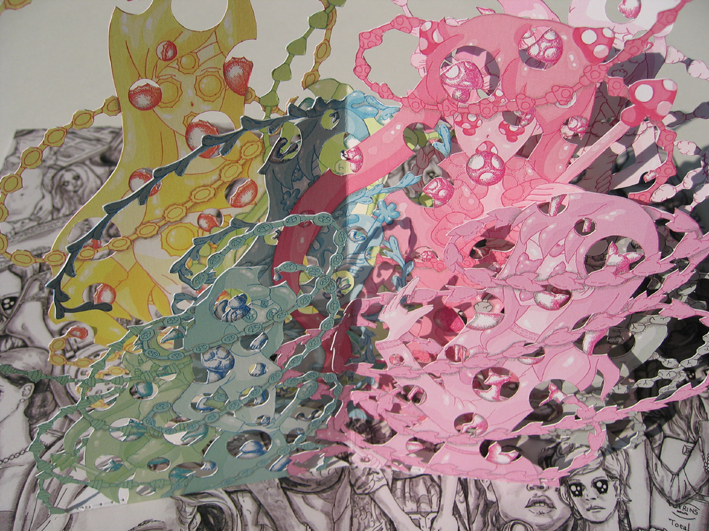 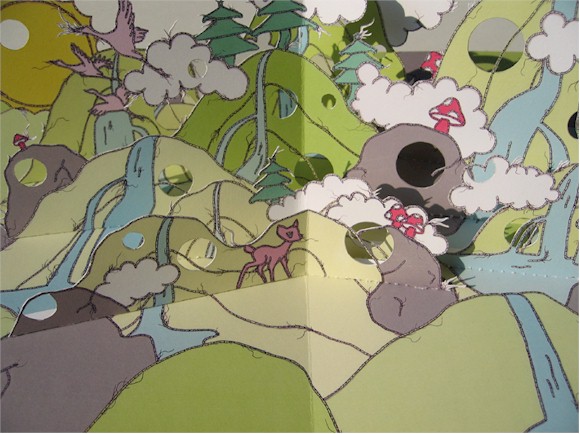 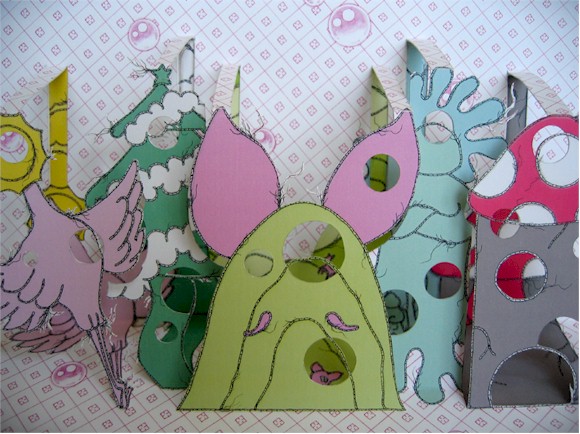 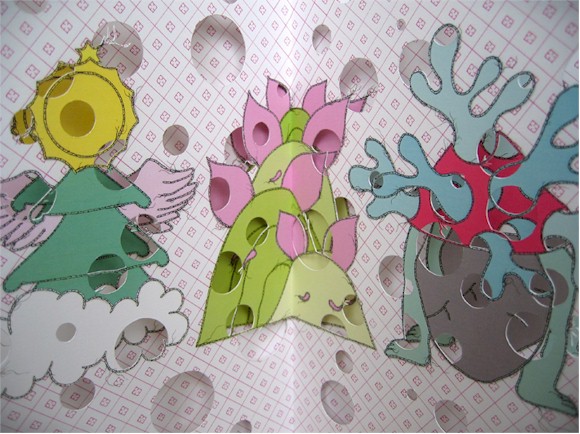 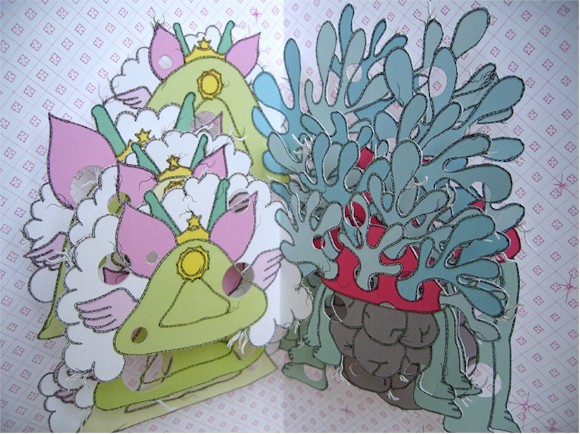 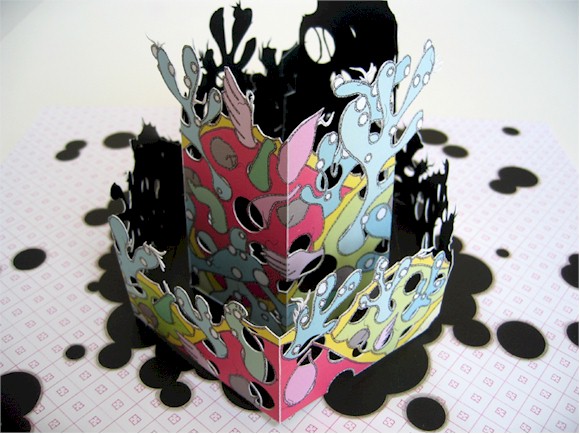 Ultra Immortality
The Utopian landscape from a traditional Korean painting, “Ship-Jang-Sang-Do”, is deconstructed into the ten immortality Taiosm symbols–sun, cloud, mountain, rock, water, deer, turtle, mushroom, crane and pine tree. I replace those traditional Korean ten symbols to endlessly consumable contemporary images–deer to Bambi deer, turtle to Ninja turtle, pine tree to Christmas tree, mountain to mountain from Teletubbies and so on. The landscape then evolves into a next stage by means of the combinatorial mutation of the immortal symbols. The mutation continues until it finally reaches the *ultra* immortal state, the uncanny mutation of all symbols which almost looks like a hedious monster.

Sang-ah Choi was born in Seoul, Korea in 1971. She lives and works in New York and Portland, Oregon. She earned her BFA and MFA degrees from Ewha Womans University in Seoul, Korea and her second MFA from the University of Illinois at Urbana-Champaign. She has had five solo shows since 2003, including two at Sandra Gering Gallery and one at Arario gallery in New York. Choi will have her first solo show in Seoul in September, 2009. She will also be featured in the 3rd edition of “Art Since 1940: Strategies of Being” by Jonathan Fineberg. Her works are included in the collections of the Museum of Modern Art, the Whitney Museum of American Art and the New York Public Library.