The Watchers of Birds, 2013
Nine archival pigment prints in an unbound artistâ€™s book on William Turner Hannemuhle paper and Strathmore archival vellum, interleaved with eight pages of text, encased in a handmade portfolio created out of Strathmore Pastelle Cover, 8.50 x 11 inches, edition of 20. $500 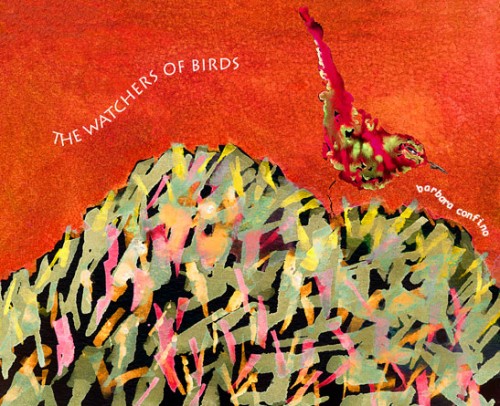 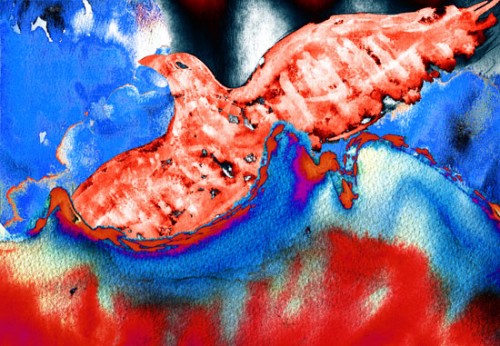 THE CITY, 2010
The City is a Graphic Poem in 28 stanzas that combines metaphorical text with surreal imagery to examine the relationship between identity and memory, the interplay between desire and dream, the fluidity of time, and the elusive boundary between the individual and others. An Unbound Artistâ€™s Book; 20 Archival laser prints on acid-free laid paper plus cover, 8.5 inches by 10.75 inches, Edition of 30. $200 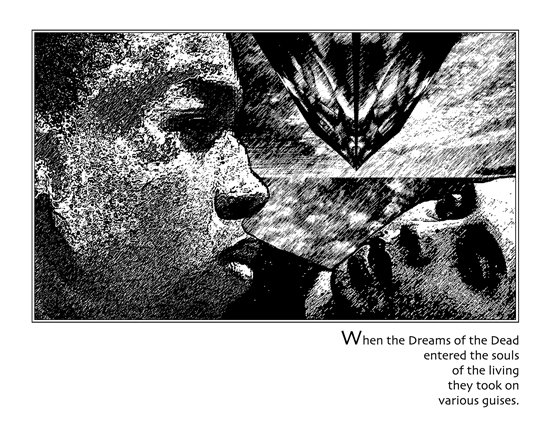 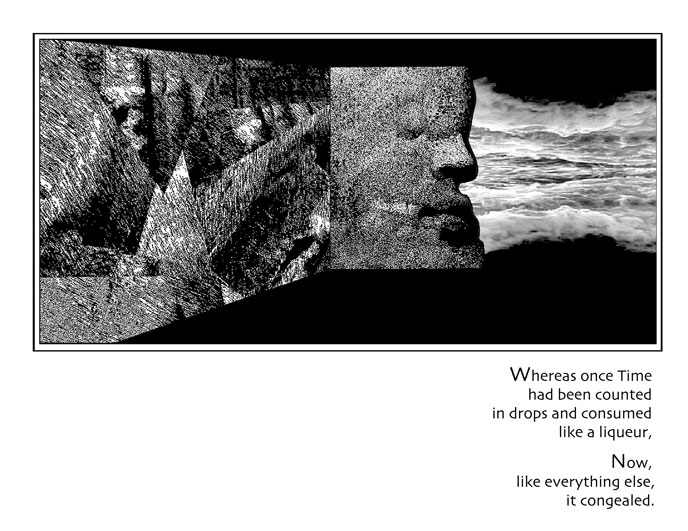 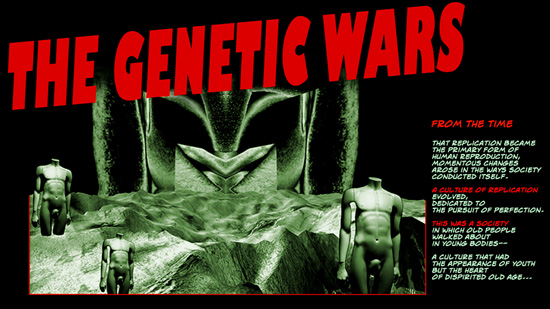 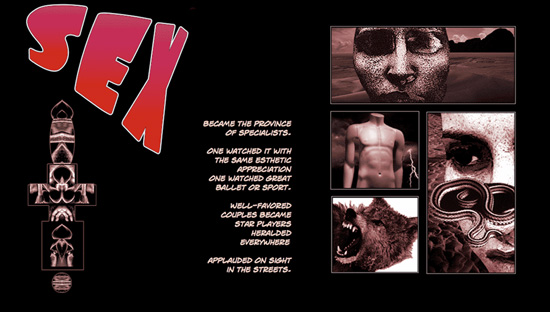 The Genetic Wars is a graphic history about a future society in which cloning is the dominant form of human reproduction. Created in a contemporary comic book style, The Genetic Wars uses an imaginative context to address the very real philosophical, psychological, political, and legal issues created by cloning. Loss of personal identity and a fixed sense of self, the ambiguous relationship between past and present, the changing shape of the body, the right of ownership over DNA, sexuality, and personal memory are just some of the topics touched upon.

Partaking of imaginative traditions shared by speculative literature, cinema, and comic book art, The Genetic Wars unites the archaic and the futuristic in an esthetic arc that reaches back to the genetic past and forward to the genetic future– from the primal reality of sexual reproduction to the future reality of non-sexual cloning– to describe a society where sex has become a spectator sport; where one is apt to run into multiples of oneself; where there are no limits on experimentation with the human form; and where the line between the human and the non-human is increasingly blurred.

Perhaps most tellingly, the Wars explores the alliance between narcissism and commerce as replication is driven by two core values: materialism and vanity. With Zero Tolerance for Imperfection a moral and legal imperative ruthlessly enforced, the stage is set for new kind of genetic fascism: one in which defectiveness is rigidly defined and even more rigidly exterminated.

BARBARA CONFINO is a digital and book artist who works in video, sound, text, stills, and the web. She has just finished The Genetic Wars, a complex piece exploring the future consequences of cloning and hybridization exhibited both in book and video forms.

Her work has been featured in the Brooklyn Museum’s ground-breaking show, Digital Printmaking Now, and is housed in such international collections as the British Museum Library, the Bibliotheque Nationale de France and the National Film Board of Canada. Most recently her video, HUM, has been seen in concert at New York’s Symphony Space and large-scale Totems from the Temple of Replication were exhibited at the Safe-T-Gallery in Dumbo, Spring 2009. The Genetic Wars print portfolio and book was on display at the Central Booking Gallery in Dumbo, May, 2010.

Her writings on art and digital culture have been widely published in such print periodicals as The Village Voice, CITIWEEK, The Christian Science Monitor, Arts Canada and Travel and Leisure, and can be read on the web in Perceptions In Passing, her online journal of art, society, and travel. She is Associate Editor of the New York Photo Review, www.nyphotoreview.com where she reviews the current photography scene.

For two years she was Artist-In-Residence at New York’s Polytechnic University, and in March 2010 she was invited to present The Genetic Wars at the12th annual Arts and Technology Conference at Connecticut College.