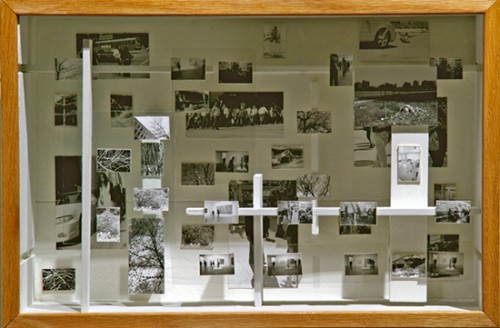 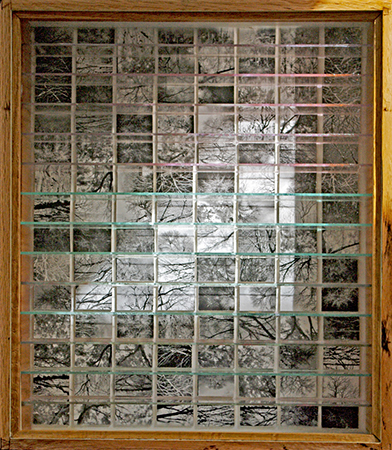 Charles Heppnerâ€™s Sanctum Boxes were originally inspired by the meditation practice during the Catholic Lenten season of the Stations of the Cross, during which the Passion is retold in 14 distinct episodes and one is encouraged to mediate on each, applying those lessons to oneâ€™s own way of life. After reading a modern interpretation written by the Maryknoll Society, Heppner was moved to create works based on his own interpretationâ€”and subsequentlyâ€”his own challenges. Each work is a sanctum, often using a cigar box, with images the artist has taken from everyday interactions. The meditations, indicated by the title, focus on ideas such as self-reflection, compassion, and gratitude.

Charles Heppner is a disciplined artist living in Brooklyn. He was born in Chicago into a large Catholic family where individualism was allowed unfettered. He has a degree in Mathematics from the University of Wisconsinâ€”Madison. He has worked in finance and has three children, a 19 and 2 year old and 2 month old. He has been creating works of art for his entire adult life. His current bodies of work concerns spirituality and the human relationship to nature.

Charles has shown his work in numerous galleries both in Chicago and New York. His work is in many private and corporate collections throughout the United States. He has studios in Chicago and Brooklyn.