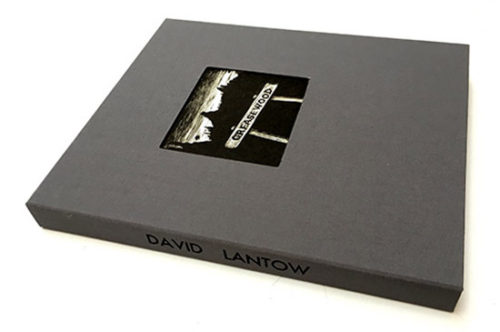 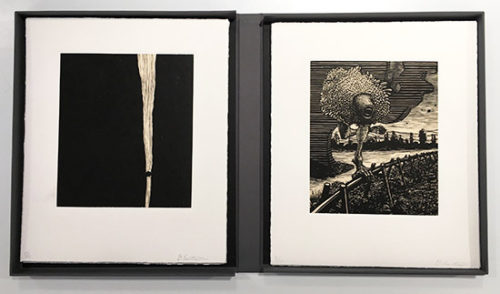 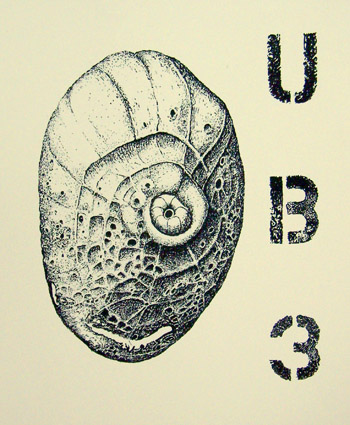 David Lantow’s ambiguous, sci-fi like creatures/vessels are unnamable but, rendered with traditional gradations of light to dark, exist in a familiar, realistic, or at least, imaginable space, though whether its macro- or microcosmic is left up to us.
– Carter Foster, Curator of Drawings Whitney Museum of Art.

The foundation of my work is improvisational and often figurative. Through drawing, I hash out collections of images. I reduce, transform, and translate these ideas into paintings, prints, and at times sculpture. Several years ago, I became interested in using line to create a skeletal version of the images. Since then, much of my work has this underlying linear framework that is fleshed out and rendered into a three-dimensional form. The vessels often grow from the ideas of real world objects, such as architecture, bones, seedpods, and various animals. I see the images ultimately as metaphors for the changeable global survivors. In the alternative universe where these images reside, common themes of fear and consumption, isolation, environmental and biogenetic manipulation, come together in hybrids mother nature may or may not have anticipated.

David Lantow (Born 1962) MFA Brooklyn College is a painter and printmaker who also worked as a fine art lithographer and print collaborator. Lantow exhibited his prints, drawings, paintings, and artist books nationally and internationally. He is also a recipient of a residency award at the Ragdale Foundation.

Originally from Iowa, Lantow has been working as an artist in New York City since 1985. He first studied with Mauricio Lasansky at the University of Iowa, where he began a long career in printmaking. Once having received his Masters degree from Brooklyn College, Lantow began to work on print projects for artists such as Frank Stella, Robert Motherwell, DeKooning, and others in Manhattan. He began making his own prints alongside the work of these masters, developing new techniques along the way. He most recently worked in collaboration with Isis Communications to assist in the final print works of Louise Bourgeois. In the art community, he was the artist liaison/Muse Fuse coordinator in 2001-2002 for NURTUREart Non-Profit Inc and served President of AGAST (Annual Gowanus Artist Studio Tour) for five years. He has taught printmaking at Brooklyn College, SUNY Purchase, and Pratt Institute. He is currently the co-area head of the printmaking department at Brooklyn College. U.B.3. is his fourth artist book.
Lantow currently lives and works in Brooklyn NY.