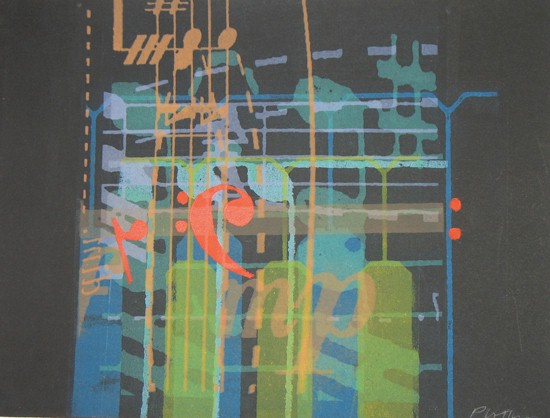 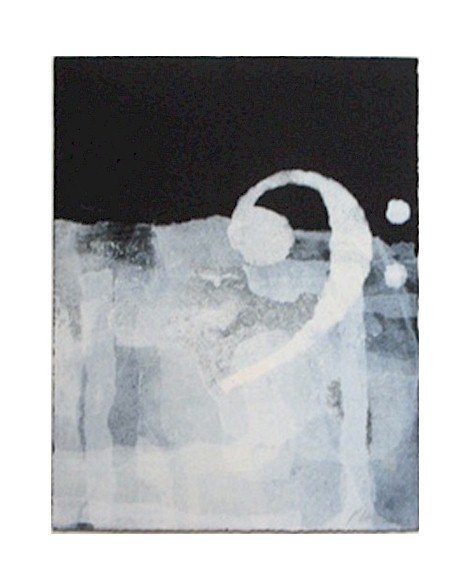 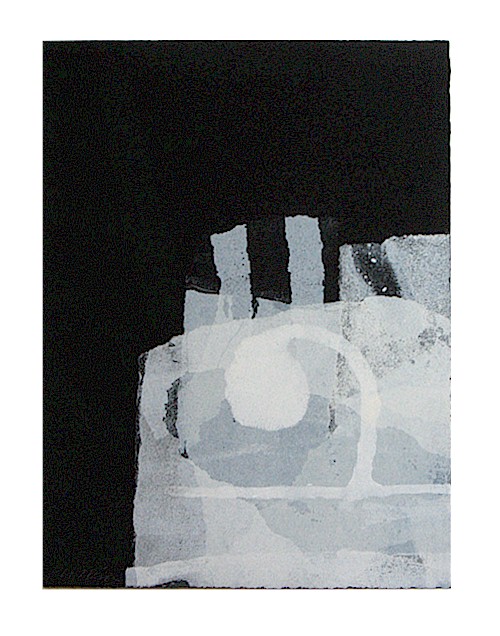 This series of music – related monotypes interprets the correspondence between abstract phenomena in both music and art such as harmony, color, texture, rhythm, and contrast. I use the symbols of music notation to create the graphic equivalent of sounds moving in space, where the elements interact by floating, blending, separating, and overlapping – a visual metaphor for the complexity of musical composition. The use of black paper enhances the illusion of depth. The iconography is taken from the notation of works by the composer David Glaser.

Plotkin’s work has been exhibited nationally and internationally. Both her paintings and prints have been shown in solo shows in New York, as well as galleries and museums in other cities. Her prints are in the collections of MoMA, the Metropolitan Museum of Art, The Brooklyn Museum, The Library of Congress, the Bibliotheque Nationale, Paris, as well as numerous other public and private collections.

She received her BA at the University of Wisconsin-Milwaukee, and her MFA at Pratt Institute, Brooklyn.

Her most recent work has been inspired by aspects of music, both choral and instrumental, expressing the relationship between the qualities of art and music, such as harmony, color, and rhythm.

She teaches color and design at CUNY, and is currently creating new monotypes at 10 Grand Press in Brooklyn, as well as at the Lower East Side Printshop in Chelsea.

She is also studying the bass viola da gamba.