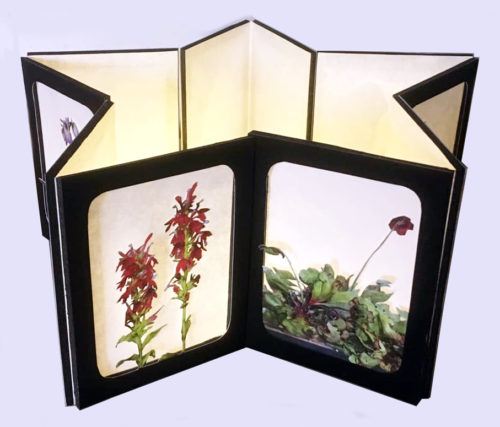 Digital, 2 accordion artist’s books of an exploded glass Eiffel Tower in ice, photographed during the process of melting. Housed together in a custom plexiglass box, 10 x 6.5 x .75 inches (boxed), edition of 12. $900 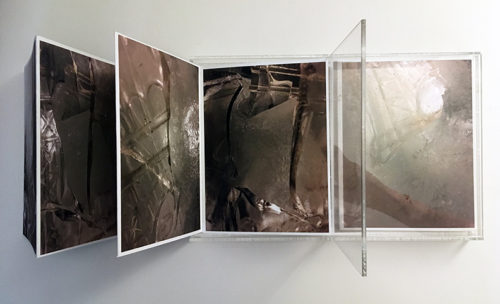 Digital artist’s book with pockets and inserts of cards for medicinal plants, hand cut and assembled, 7 x 5.5 inches, edition of 20. $850 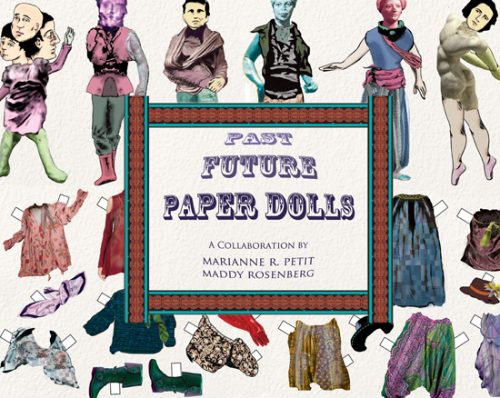 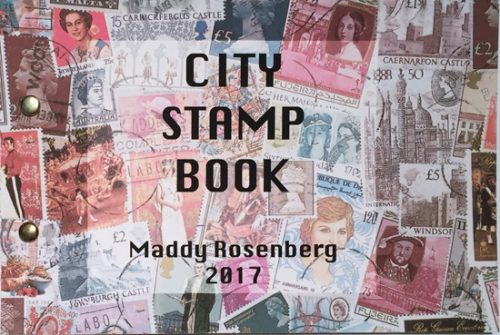 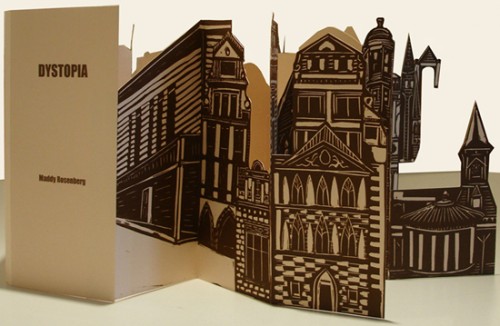 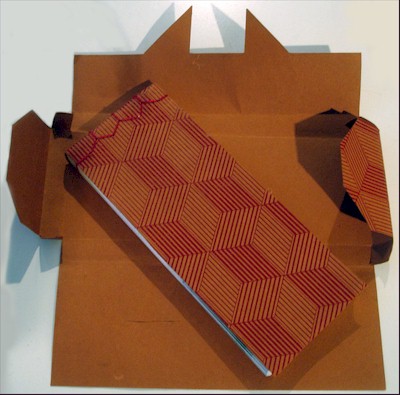 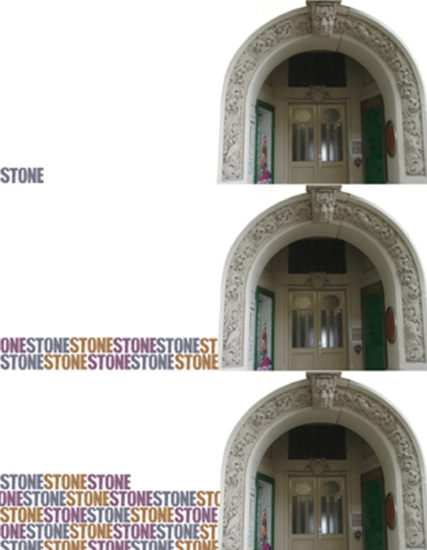 Though based in New York City, I gather imagery as well from the months each year I spend in Europe. I am attracted to the crumbling facades of gothic architecture, bearing the weight of time, and its gargoyle or grotesque details. Though newer, 19thcentury New York buildings are aged enough to tell their own stories and mingle among their more ancient European counterparts in my compositions. The architecture of a place bears its own history, of its time and place when constructed.  A building is also the witness of subsequent periods from those who have lived their lives within to those who have briefly passed through its walls. For me, though inorganic, buildings contain remnants of a human touch.

I became a book artist after years as a printmaker, seeing it as a natural extension of the thought process involved in formulating a related series of prints. With a book, I could explore the world that hovers between the flat surface and three-dimensional objects. I have moved from years printing lithography and relief to experimentation with the digital print, from scanning in my hand drawn images to manipulating objects on the scanner and in Photoshop. I have often played with the book as object, moving it into the sculptural. Whether it’s a print or book, the work becomes a unified whole as I employ architectural details and spaces I encounter wherever I have been.

As a native of Brooklyn, Maddy Rosenberg also spends several months each year in Europe, understanding the necessity of exploring new places to broaden her idea base as well as gather new reference material for the work. She is an artist who works in several media: oil painting, artists’ books, printmaking, drawing, toy theater and installation. Rosenberg maintains an active international exhibition and curatorial career. Last year, she had solo exhibitions at the Cheryl McGinnis Gallery and the Brooklyn Public Library in New York, and a two-person exhibition at Wade Wilson Art in Houston. Narrative Sequences, the third exhibition she has curated at The Center for Book Arts in New York, will open in January. Baylor University acquired a collection of 15 of her artist’s books in 2007 and have added 2 more since. Other public collections include MoMA, Brooklyn Museum, Tate Gallery, Fogg Museum, National Museum of Women in the Arts, Victoria and Albert Museum and Scottish National Gallery of Modern Art.

Rosenberg received a National Endowment for the Arts grant in 2005 for her independent multi-venue curatorial project, New York/Paris DIALOGUE Paris/New York. Other grants include the Gottlieb Foundation and Artists Fellowship. She has previously enjoyed both national and international residencies at FundaciÃ³n Valparaiso, Guest Atelier Salzburger Künstlerhaus, Schloss Neuhaus, Blue Mountain Center, and Virginia Center for the Arts.

Rosenberg earned a BFA from Cornell University and an MFA from Bard College.