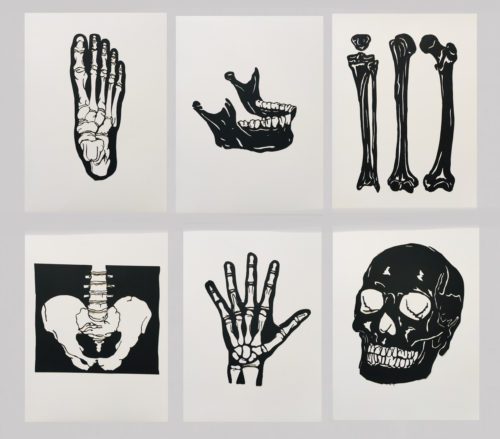 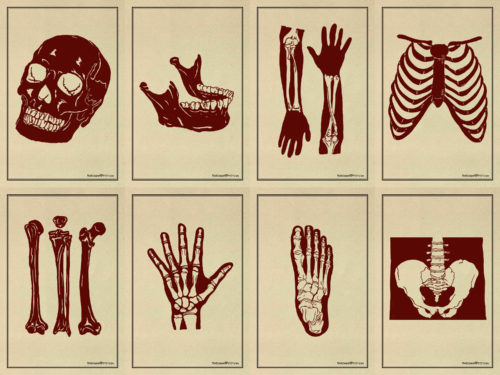 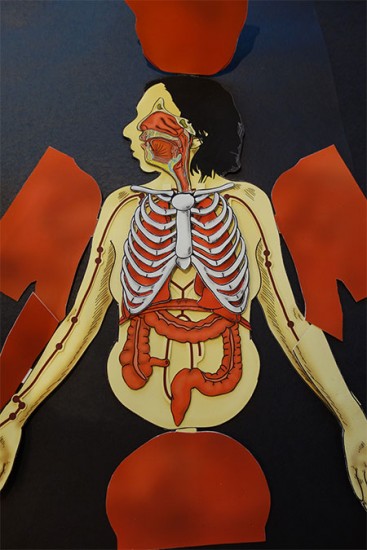 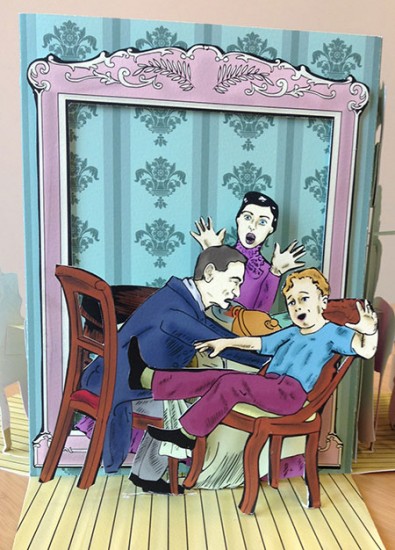 The Story of the Man Who Went Out Hunting, 2014
Eleven paper cuts mounted on Canson watercolor paper, with Cover and Text pages (13 pages total) in handmade box 9 x 13.25 inches, edition of 30.$500 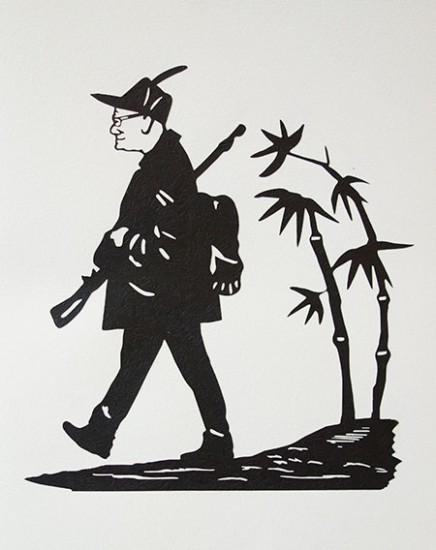 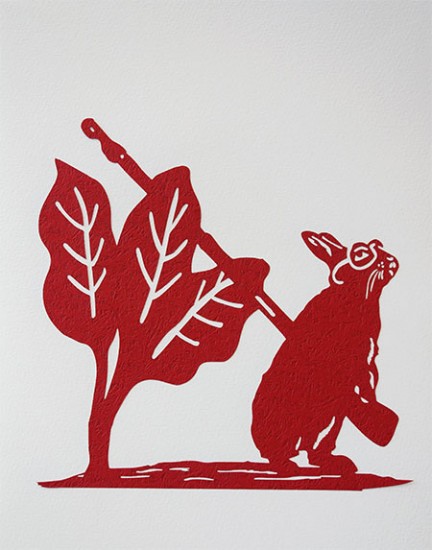 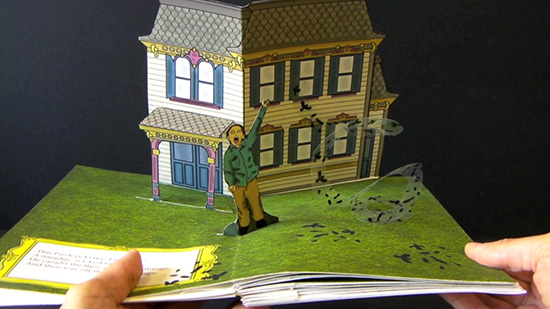 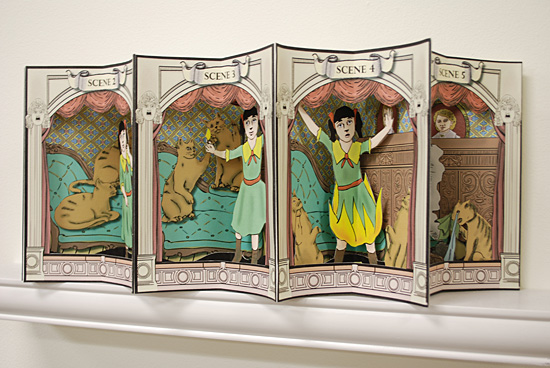 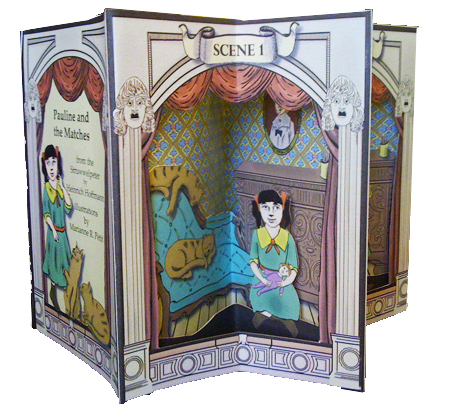 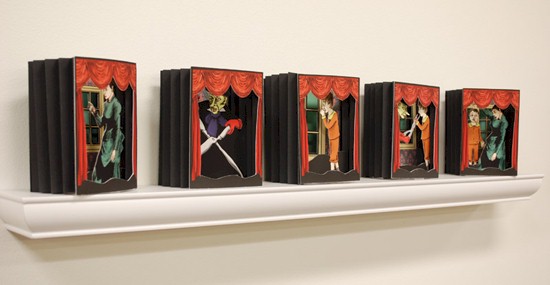 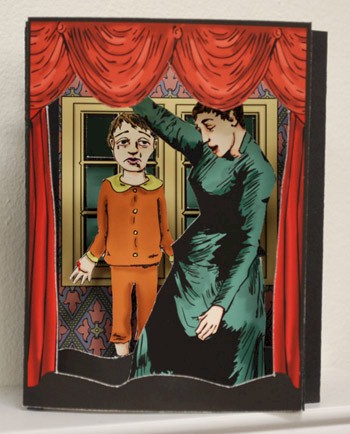 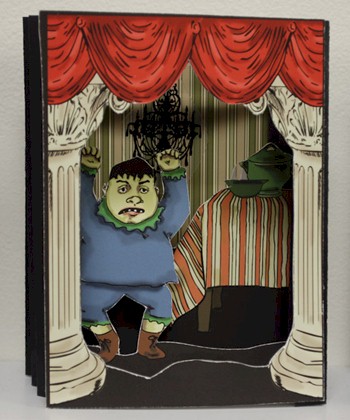 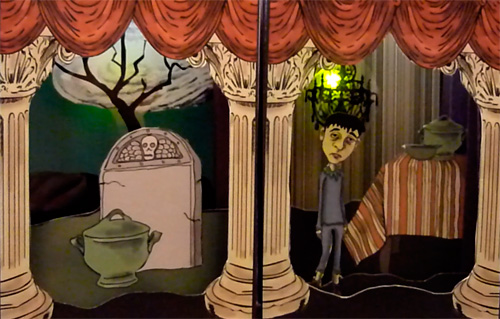 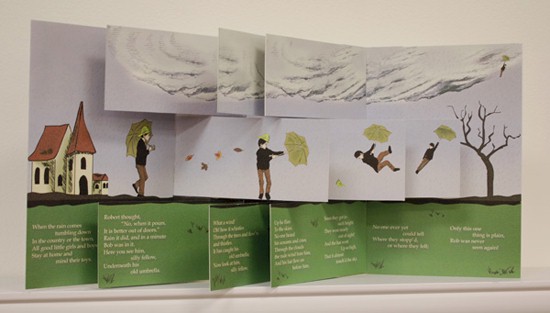 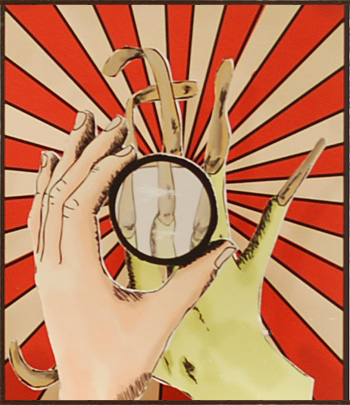 Videos of the books in action:

The Story of Augustus Who Would Not Eat His Soup

The Story of Flying Robert

In the mid-19th century Heinrich Hoffman wrote and illustrated a series of morality tales for children. The result in each is so disastrous they’re wonderfully inappropriate for children. This contemporary series of flag, tunnel and pop-up books contain original illustrations by Marianne R. Petit. Versions are available with customized LED lighting and embedded electronics.

Marianne R. Petit is an Associate Arts Professor at New York University’s Interactive Telecommunications Program at New York University. At ITP she teaches courses in digital media, animation and storytelling, in addition to overseeing the assistive technology and social justice curriculum. Petit is the co-founder of Greylock Arts, a non-commercial art space dedicated to interactive new media and emerging arts practice. Her pop-up books, animation, video, comics, and online projects have appeared in festivals and exhibitions both nationally and internationally, and have been featured in numerous publications and networks including Wired Magazine, WGBY and the Independent Film Channel.