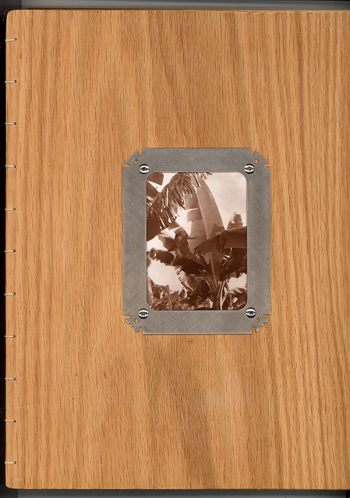 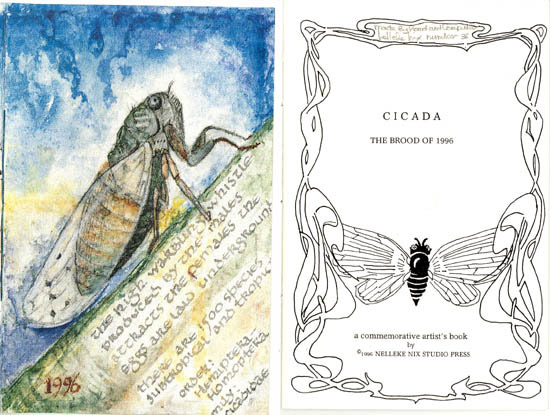 While creating art I treat the piece worked on as pre-existing but in the throws of change.

I explore surface, color, depth, medium, technique and possibility. Subject matter often reflects rescue. I observe what is happening in the world, especially in the world of women, who I trust will in growing numbers participate in preserving what is now at risk.

The book Cicada was made in 1996 to celebrate and commemorate the emergence of the 17 year cicada on Staten Island NY. In 2013 the next emergence will take place. I hope to be there. They sound and are magnificent. Zones of time, Sand and Rain was a book I had wanted to do for a long time about conservation in Costa Rica. A grant from the Library Fellows of the National Museum of Woman in the arts made it possible in 2000. There was much to be thank-full for that very special year.

Nix is an artist with ties to both coasts of the United Statesâ€”Staten Island NY and Seattle WA. She exhibited work and won many awards across the country and has an international reputation as well, having exhibited in such far-flung places as Russia, China, Netherlands, Poland, Italy, Papua New Guinea, and Australia. She received a MFA from the Royal Academy of the Visual Arts in The Hague, Netherlands and studied at the University of Washington, Stanford University, and Academie de Beaux Arts in Paris. Her work is in the permanent collections of the National Museum of Women in the Arts, the Rhode Island Museum of the Holocaust, and the Victoria & Albert Museum in London. The John Noble Maritime Museum, Staten Island NY, and the Nordic Heritage Museum, Seattle WA featured exhibitions of her work. Besides art installations and artpieces she creates artistâ€™s books.