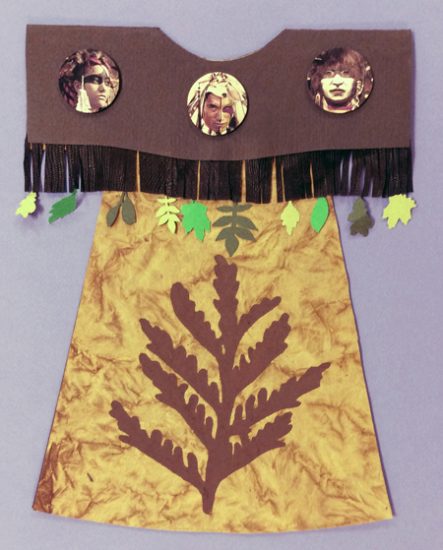 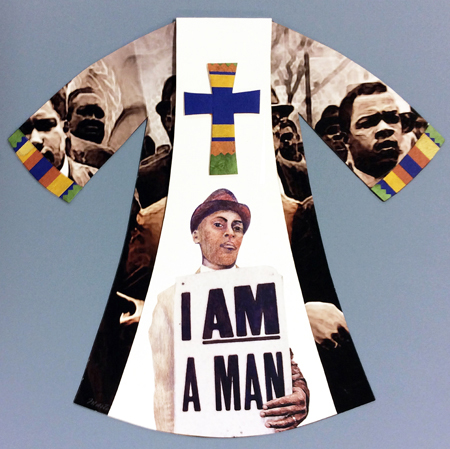 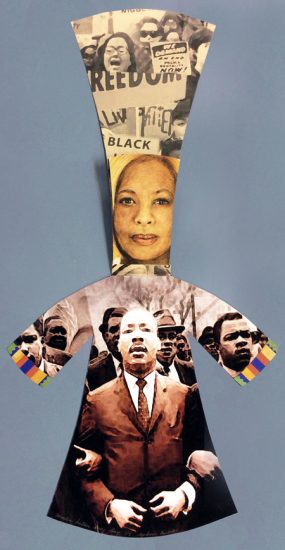 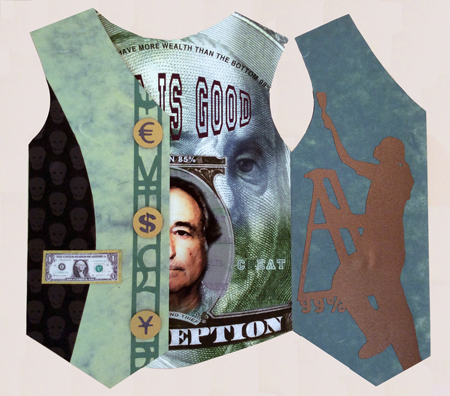 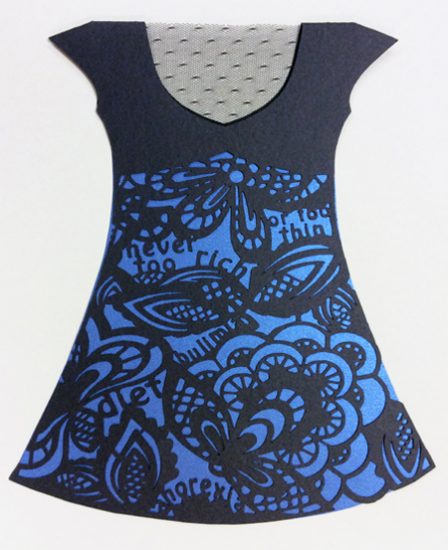 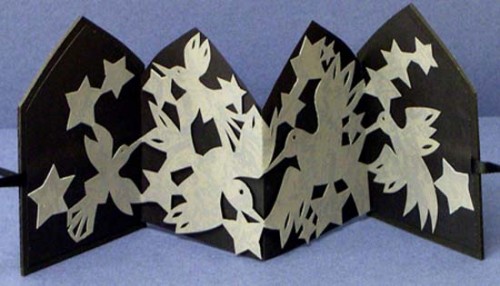 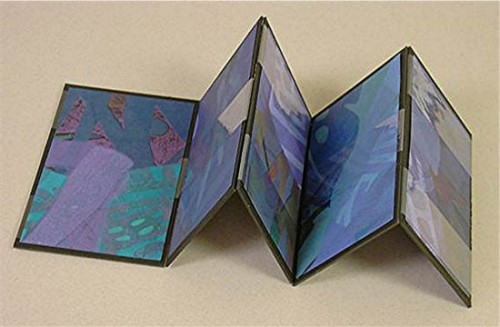 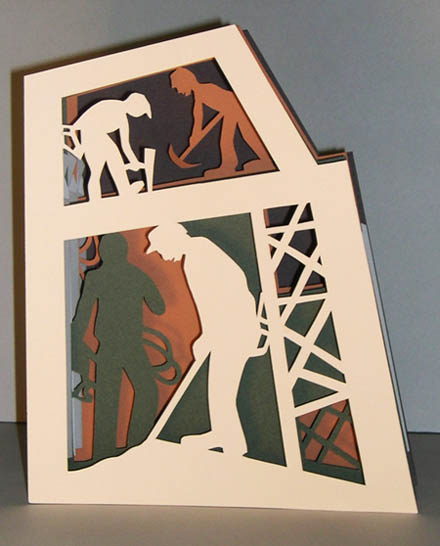 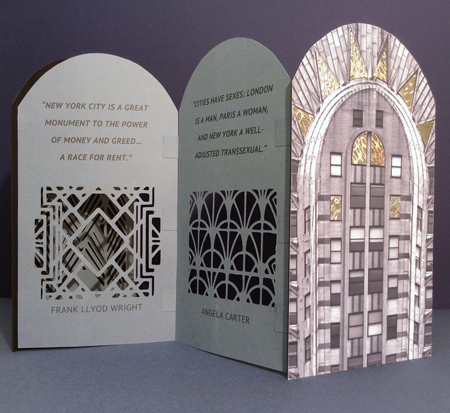 I am primarily concerned with movement, spatial relationships, color and gesture. Most of my work is made by hand printing in layers on archival paper. Parts of the image recede and others move forward. The figurative and non figurative elements are designed as silhouette shapes and overlaid with iconography representing aspects of nature and symbolism from various cultures.

In most cases each work is a unique original piece. The images are achieved by printing an arrangement of inked acetate stencil forms which have been placed on an inked sheet of plexiglass and run on an etching press. Some prints involve 15-35 acetate stencil shapes and 10-20 layers of hand printing. These stencils are characters that I assemble and reconfigure in various visual environments. At times I include photo silk-screen, photo lithograph, collagraph, Xerox transfer elements.

What we wear & what is on bodies reveals a great deal of our identity. Our livelihoods, professions, personal taste, style, historic era, class & social position, nationality, personal & cultural beliefs, social expression and societal activity can be deciphered by what we wear. Garments that are used for ceremonies, entertainment, functional purposes & work reveal a great deal about our social construct. Clothing contributes to the way we physically carry ourselves, our postures, how we interact with one another in public & private. Clothing of various historical eras also hold information about local, regional, national and global exchange and commerce: the circulation and distribution of natural & man made materials, natural resources, style and cultural trends. The infrastructure of our civilization is reflected in the conceptualization, design, production, marketing, transportation & usage of clothing & accessories.

Robin Holder has developed a unique approach to uniting aesthetics with sociopolitical ideas, connecting personal and universal experiences. Her images are layered with questions regarding the human condition. Her awareness of self and the American social landscape yields an engaging perspective on life and diversity in America.

Holder has presented one woman shows at The Mobile Museum of Art, The David Driskell Center and The Spelman College Museum. She has completed several large scale site specific public art commissions. Her work is included in significant collections such as The Library of Congress, Xerox Corporation, Yale University, United Parcel Service, The Washington State Arts Commission, and The Schomburg Center for Research in Black Culture. She was one of fourteen African American artists invited by ABSOLUT to create a piece for their collection. She has been filmed and interviewed for The Artist Archive, Art Settlers of New York, Sesame Street, Educurious and The Hatch Billops Archives. Ms. Holder has performed numerous arts in education residencies with organizations such as Museo del Barrio, The Children’s Museum of Manhattan, The Studio In A School Association and The Craft Student’s League. She was featured in the premier segment of the We television series Cool Women, produced by Debbie Allen. Holder has served as a panelist with a number of arts, cultural and academic institutions including The New York City Department of Cultural Affairs, The Delaware Arts Commission, The Bronx Council on the Arts, Pace University and The Museum of Natural History, New York. Holder received a Brooklyn Arts Council grant and has collaborated with a number of Community Arts projects sponsored by The Brooklyn Museum, The Isamu Noguchi Museum, The Harlem Children’s Zone and The Manchester Craftsmen’s Guild. Holder was chosen by The Mid Atlantic Arts Foundation for an Artist as Catalyst project at Arts Sanctuary in Philadelphia. She developed Conversations at Kenkeleba, a series of artist driven discussions and dialogues.