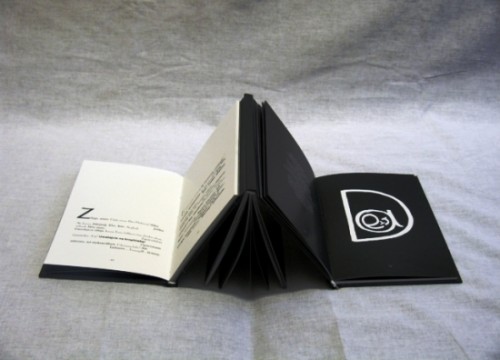 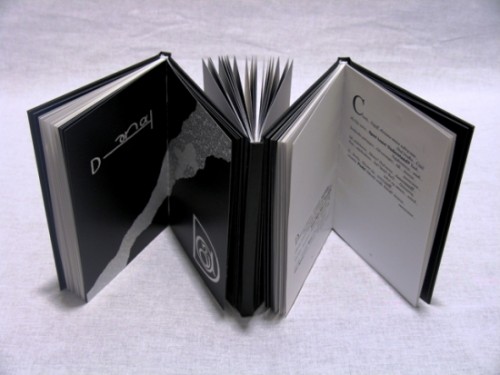 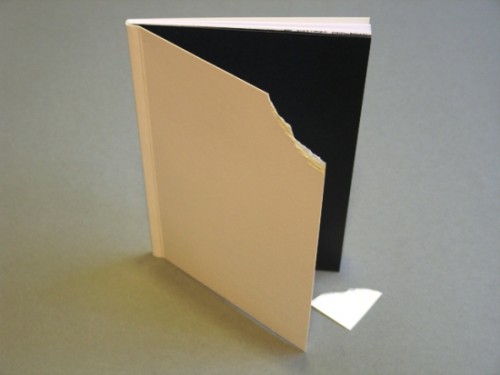 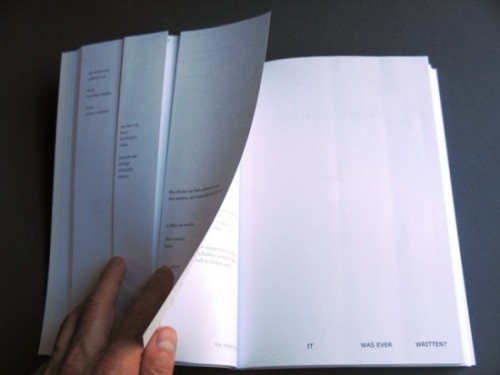 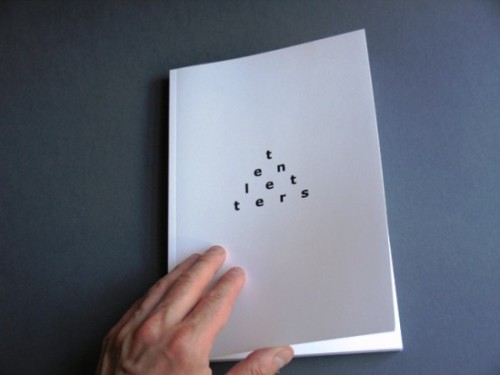 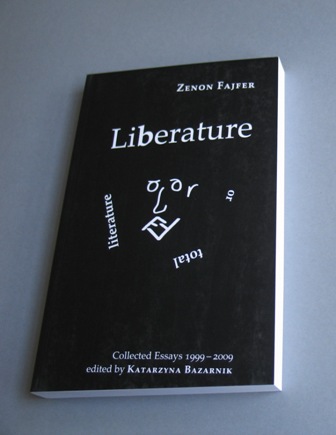 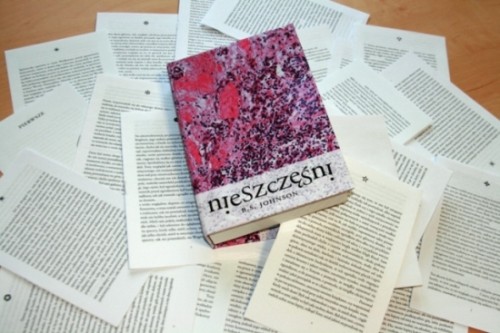 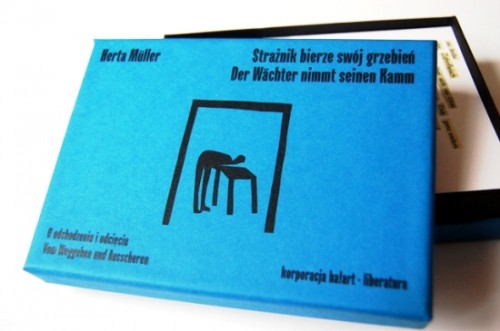 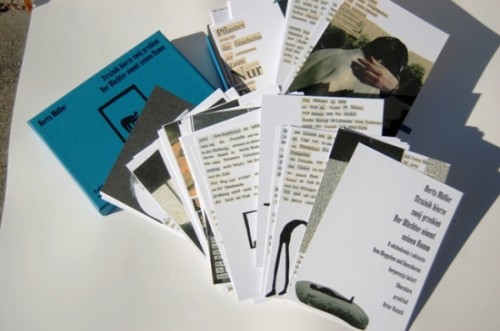 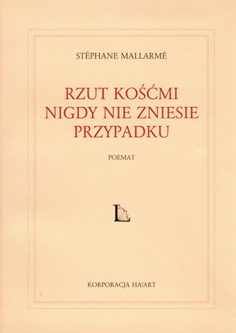 Podwojna wygrana jak nic (Double or Nothing), 2010
Text and layout: Raymond Federman’s Double or Nothing, the novel by one of the leading American postmodernists translated into Polish by Jerzy Kutnik. It converges four streams of discourse to tell (and hide) a story of a Holocaust survivor arriving in America. The edition reproduces the authorial typewritten typography of the novel’s first edition. Series: Liberature, vol. 16, Krakow: Korporacja Ha!art Publishers, 2010, series editors: Katarzyna Bazarnik and Zenon Fajfer, offset print, edition 1000, codex, 7 x 10 x 0.7 inches. $40 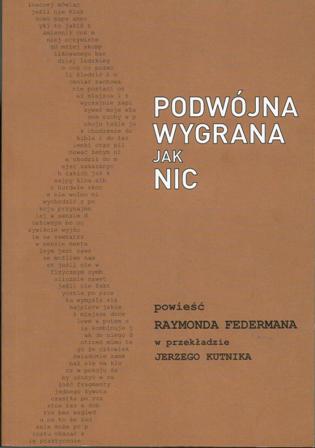 There are literary works in which the poet or writer shapes not only the verbal medium, but also the book as a whole. In them a drawing or a blank page have the power of a poetic metaphor, and typography is elevated to the status of a stylistic device. The material volume ceases to be a neutral container for a story or a collection of poems, but becomes an integral component of the literary work, deliberately shaped by the author. This kind of literature is called LIBERATURE, or literature in the form of the book (from Latin liber meaning ‘book’ and ‘free’) – the term proposed in 1999 by Polish poet Zenon Fajfer. The first book referred to as liberature was his Oka-leczenie (Mute-I-Late), authored together with Katarzyna Bazarnik, printed in 9 prototype copies in 2000. It owns its unconventional shape to two different narratives, separated by the middle volume containing a movement of lyrical meditation, and yet connected by an invisible narrative thread. Because beside visible dialogues, Oka-leczenie contains invisible, fractal-like texts, written in the emanational technique specially devised by Fajfer to render liminal experiences: the inaccessible stream of consciousness of a dying man, and an invisible world of the unborn baby. Readers can decide if they wish to uncover the invisible texts, or if they read only the surface textâ€”each way makes for a different experience and a different story. With their second book, (O)patrzenie, Fajfer and Bazarnik launched an imprint called ‘Liberature’ in Korporacja Ha!art Publishing House. The works listed here are all published as part of this unique editorial project, presenting contemporary liberature and its antecedents creating in the same poetics.

Katarzyna Bazarnik and Zenon Fajfer are a Polish couple of creators and theoreticians of liberature, the authors of jointly written books Oka-leczenie and (O)patrzenie, which initiated the Liberatura movement; the editors of ‘Liberature’ line in Ha!art publishing house, and founders of Liberature Reading Room in Krakow, Poland. In 1999 Fajfer published the manifesto-essay Liberature. An Appendix to the Dictionary of Literary Terms in a journal Dekada Literacka. In it he proposed the idea that has not only triggered off an important trend in Polish literature, but has also provided scholars with a useful tool to analyze unconventional literary works. The concept entered the academic discourse, not least due to Bazarnik’s theoretical work. She edited volumes of essays on the subject: Od Joyce’a do liberatury (2002), Fajfer’s Liberature or Total Literature Collected Essays 1999-2009 (2010), and Incarnations of Textual Materiality: from Modernism to Liberature (2014) as well wrote Joyce and Liberature (2011). Presently she works as an adjunct professor of English literature and literary theory at the Jagiellonian University in Krakow, while Fajfer focuses on poetry writing and theatre work. His work has been recognized as one of the most original voices in Polish contemporary poetry, and his bottle-book Spogladajac Przez Ozonowa Dziure (Detect Ozone Whole Nearby, 2004) was suggested as required reading for high school students. He introduced an original, interactive form called ‘the emanational poem’ in which he simultaneously creates invisible, dimensions of text. He also uses the new media, creating kinetic poems and hypertextual poetry, especially in the bilingual liberatic poetry volume dwadzieÅ›cia jeden liter / ten letters (2010), and Powieki (Eyelids; 2013). Fajfer’s ‘staging’ of his poems may be rooted in his theatre work. He devised and directed three plays: Madam Eva, Ave Madam (with disabled, wheel-chaired actors, 1992), Finnegans Make (an adaptation of Joyce’s works, 1997), and Pieta (another multilayered narrative, featuring the emanational, kinetic version of his bottle-book poem DOWN, 2006-2012). The couple has given numerous readings, presentations and exhibitions of their work all over the world, including the USA, Japan, Taiwan, the UK, Ireland, France, Italy, and the Balkans.