She Feels Your Absence Deeply, 2021

She Feels Your Absence Deeply, 2021

She Feels Your Absence Deeply: A Family History Woodblock meditates on imagery from my childhood, when the political landscape of Iran separated my family for many years and changed our lives for good. While the content of this book is informed by the trauma of those years, the structure takes inspiration from my toddler’s play blocks.

The images printed on the six sides of the cubes reference documentation from the years 1979 to 1981. My father was a member of the Confederation of Iranian Students in the US fighting and organizing against the shah of Iran. In 1979, the year of the revolution and when many began leaving, we migrated back to Iran. The Islamic Republic of Iran radicalized less than two years later in the aftermath of Iraq’s invasion, which led to mass persecutions and elimination of the Left along with any other political opposition. My father was forced to escape due to his continued activism. The images presented on the blocks repeat throughout my practice in a variety of iterations, forming a personal lexicon of displacement. 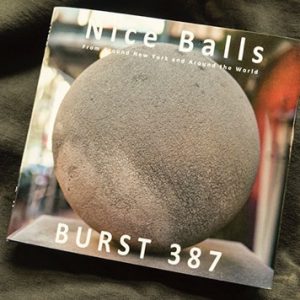